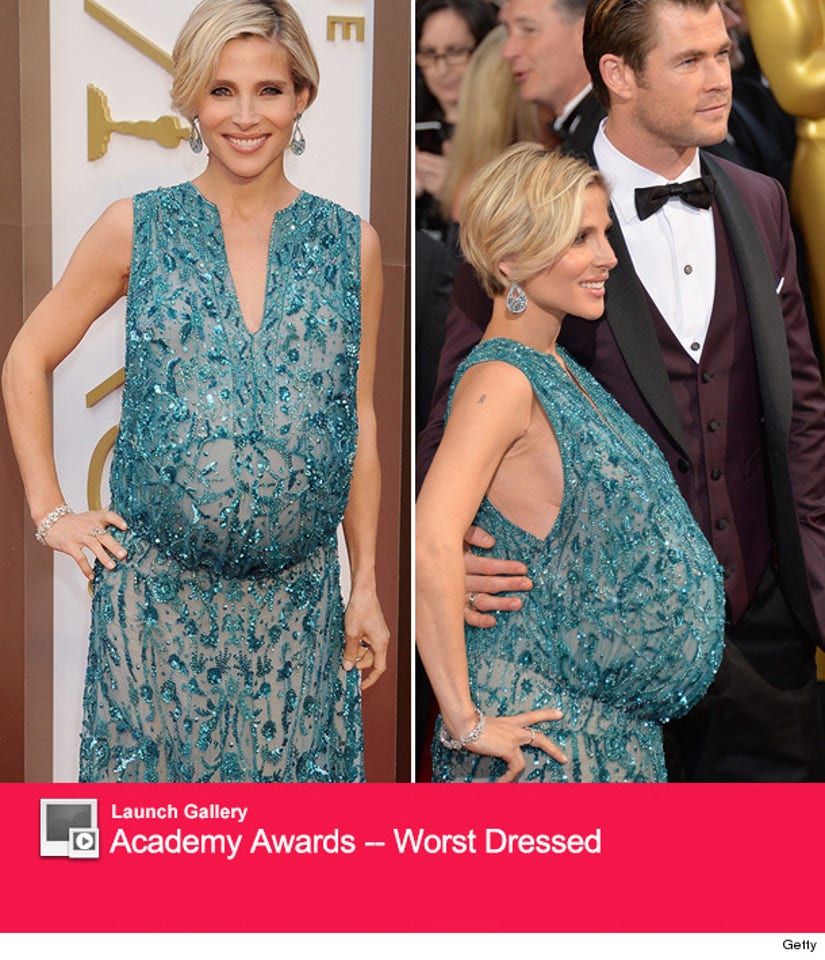 There was definitely a better way to word this one.

Chris Hemsworth's very pregnant wife Elsa Pataky came under fire for her Academy Award ensemble on Sunday night -- and some of the comments from E!'s "Fashion Police" were just brutal.

While it's fine to hate on her green Elie Saab gown, commentators Joan Rivers and George Kotsiopoulos definitely crossed a line when they started mocking the actress' growing baby bump.

Yes, Elsa is big, but she's pregnant with twins. That's what happens.

And instead of talking about the outfit in question, Rivers joked "I know why she's huge. I saw her sonogram," before flashing the now-infamous epic selfie.

George then made things even worse. And though he started his critique by saying "The last thing I want to do is rip on a pregnant woman," that's exactly what he did.

At least Kelly Osbourne was constructive with her criticism, suggesting Elsa wear a dress with a more flattering empire waist in the future.

What do you think of their comments? While the show is known for its no-holds-barred take on celeb style, was this just a little too much?

Sound off below, then check out our picks for Worst Dressed in the gallery above. And no, Elsa didn't make the list.