Idina Menzel performed "Frozen's" Oscar-winning hit "Let It Go" on "The Tonight Show" on Monday night -- with a little help from Jimmy Fallon, The Roots and some classroom instruments!

The 42-year-old theater star took the triangle, while the late night host showed off his music skills by tapping a trio of alphabet blocks. The Roots backed them up a variety of instruments, including the xylophone, kazoo, tambourine, ukulele and keyboard harmonica.

Watch the amazing rendition of the song above! 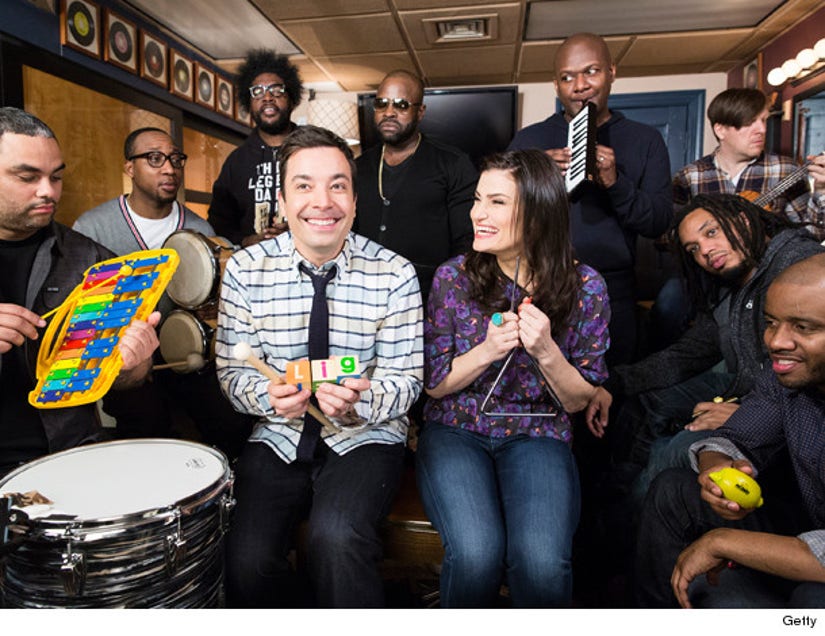 This isn't the first time Fallon has held a jam session during late night. He also covered the holiday classic "All I Want for Christmas Is You" with Mariah Carey and "Blurred Lines" with Robin Thicke.

During his opening monologue, Jimmy joked about at John Travolta butchering Menzel's name at the Academy Awards. He accidentally called the singer "Adele Dazeem" when he introduced her performance on Sunday.

What do you think of "The Tonight Show" version of "Let It Go?" Sound off below!