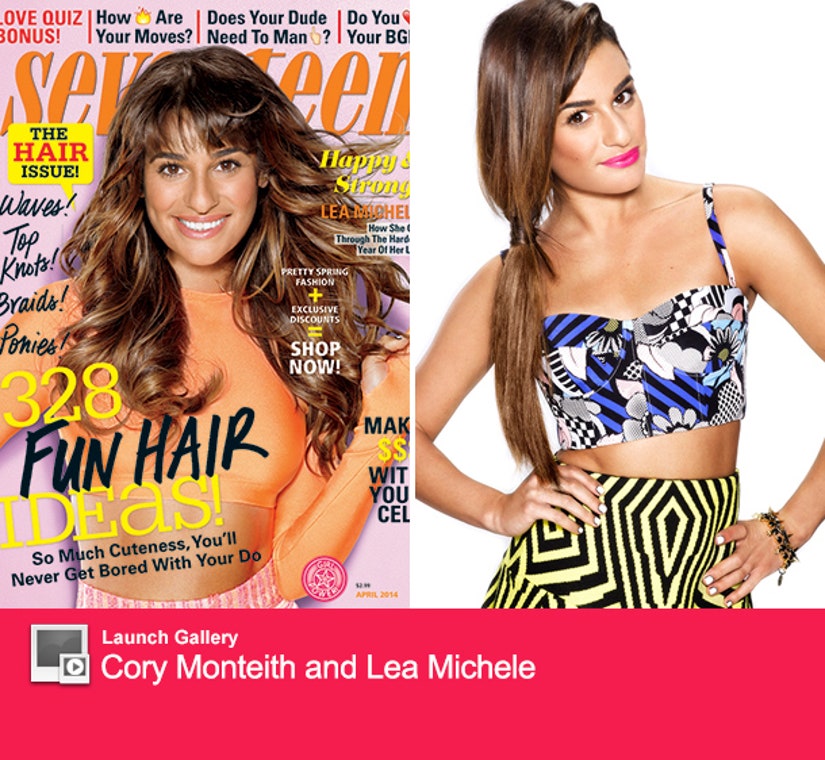 The "Glee" star opens up about their relationship again in the April issue of Seventeen, where she also talks about her new album, potential "Glee" spinoff and getting naked.

"I have happy memories of Cory. He was not his addiction – unfortunately, it won," she tells the magazine. "But that wasn't who he was. Cory made me feel like a queen every day. From the minute he said, 'I'm your boyfriend,' I loved every day, and I thank him for being the best boyfriend and making me feel so beautiful."

Lea says her new album, "Louder," is an emotional outlet for her recent roller coaster of a year.

And while the next season of "Glee" is the show's last, she loves the idea of a spinoff. "Let's do it. I think it could be Rachel living in New York and working on Broadway," she says.

And, speaking of Broadway, the former "Spring Awakening" star credits her time on the stage with helping her improve her body confidence.

"I'm very comfortable with my own body. I come from Broadway – everybody's naked on Broadway,” she says.

Would you like to see a Rachel spinoff? Sound off below!