When you hear the name "Marvel" you know you're in for marvelous time!

And that is precisely the case when it comes to the brand new 60-second teaser that was just released for Marvel's upcoming film, "Captain America: The Winter Soldier."

Captain American (Chris Evans) and the Black Widow (Scarlett Johansson) are back and the fate of the world, once again, rests in their superhero hands. This time the daring duo is facing off against their vilest villain yet -- The Winter Solider.

Just as you'd expect from this superb series, there are catastrophic crashes, extreme explosions and, of course, hunky heroes. Watch the clip above to see them in action!

Even though this film won't hit theaters until April, die-hard fans are already anticipating news about its followup, "The Avengers: Age of Ultron."

Seeing as though actress Scarlett Johansson is pregnant, we can't help but wonder how ScarJo will squeeze her soon-to-be baby bump into that skin-tight suit during filming.

Principal photography is about to kick off and she's already 5 months along!

Click "Launch Gallery" below to see all the "Captain America" stars on the set! 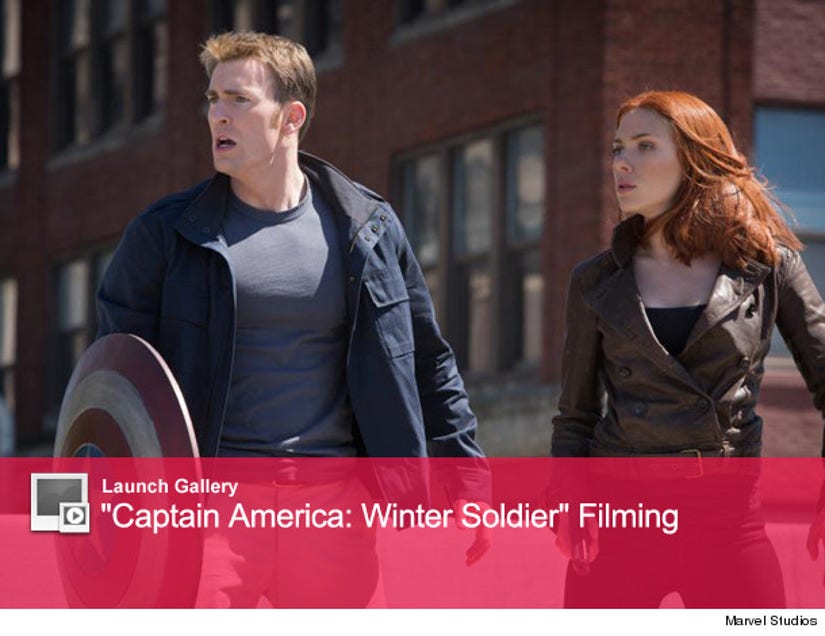