Conan O'Brien will be serving up buckets of golden popcorn!

"Sitting here before me are some of the most prestigious awards an artist can receive: the Oscar, the Golden Globe, the BAFTA, the Screen Actor's Guild Award, the Peabody Award and, of course, the Nobel Peace Prize," the comedian said, sitting in front of some serious hardware.

"People work their entire lives in an attempt to earn just one of these incredible awards. But if you ask me, they're all garbage!" he shouted, as he swept the awards off his desk. "Garbage! It's garbage!" 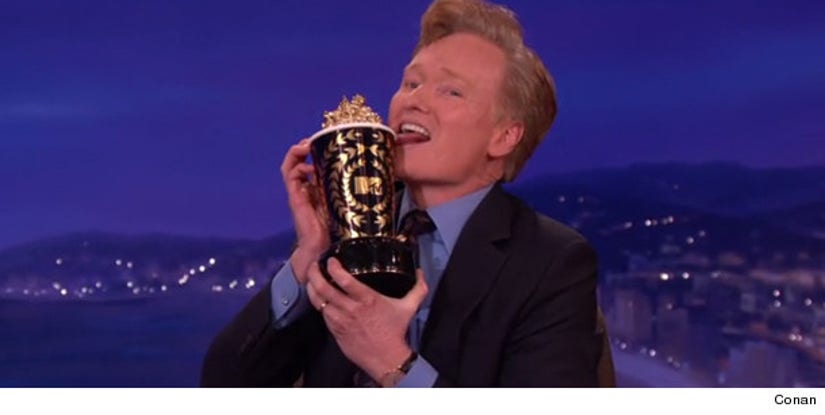 Why? "There's only one award, one award in the world that truly matters. I'm talking about the MTV Movie Award."

Judging from his excitement, we can't wait to see him host the big show!

This marks the first time O'Brien has hosted the MTV Movie Awards. Others to land the hosting gig include Jimmy Fallon, Aziz Ansari, Russell Brand, Rebel Wilson and Sarah Silverman.

Check out the video above to see his hilarious annoucement! And don't miss the MTV Movie Awards, scheduled for April 13, at the Nokia Theatre in Los Angeles.