Jennie Garth is sharing some crazy stories from the set of "Beverly Hills, 90210."

The blonde beauty stopped by "Good Morning America" on Wednesday, where she talked about some of the stories from her book "Deep Thoughts From A Hollywood Blonde."

In one excerpt from the memoir, Garth opens up about working on the '90s primetime soap ... revealing that her character's on-screen feud with Brenda Walsh (Shannen Doherty) wasn't just acting.

"One of the great 90210 legends is that Shannen and I actually came to blows one time," Garth writes. "I will tell you that this never happened -- although we did come very, very close."

And if it wasn't for her soap opera costars, the TV frenemies would have gotten physical on set!

"We were shooting a scene and Shannen kept grabbing at the hem of my skirt, trying to slap me on the leg -- anything to get me to react and break character. Finally, when she'd pulled up my skirt, and my bare ass was exposed for everyone on the set to see, I did snap and I yelled at her, something to the effect of, 'Come on, bitch! We're talking this outside!'"

Luke Perry and Jason Priestley came to their rescue and broke up the altercation.

The mother-of-three tells "GMA's" Lara Spencer that despite some drama on set, she had a great experience on the soap.

"We had a great time, what an experience," Garth said. "I wouldn't trade it for the world."

"Some of us really are like brothers and sisters," Jennie explained. "And we're always there for each other. Very close."

Garth -- who recently split from ex-hubby Peter Facinelli -- also talks about her divorce, and her dad's passing in the book.

"In some ways [it's] cathartic and very eye-opening for myself in a good way to sort of take a look and see how my life has progressed," the 41-year-old explained. "All the things that have sort of happened and how they've molded me into the person that I am today."

We think Jennie has done quite well for herself -- what do you think about Garth's candid comments? 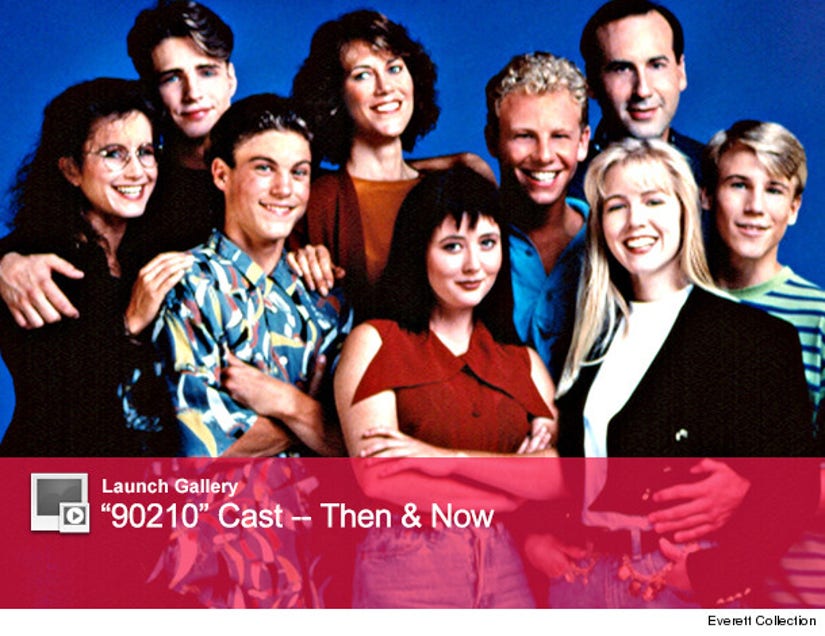 Tell toofab below and click "Launch Gallery" above to see how the rest of the cast from "90210" has changed!