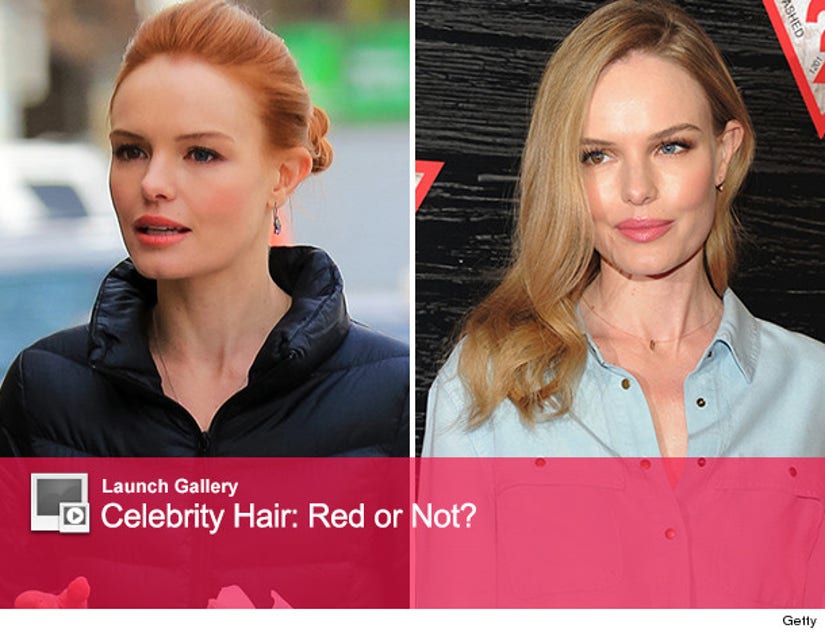 Kate Bosworth is rocking a new red 'do!

The natually blonde actress showed off her fiery red hair on the New York City set of her upcoming movie, "Still Alice," on Tuesday.

The 31-year-old was snapped with her new red locks pulled back into a messy bun. She wore a black puffy jacket to keep warm in the cold, leaving her makeup natural with a peach lip.

This is not the first time the beauty has been a redhead! She sported a red 'do for the 2010 movie, "The Warriors Way."

"I wanted her to be a redhead, and I was hellbent on that," she told Cinema Blaze of her character in that film. "I was like, 'How can you have this fierce, fiery, crazy, feral woman in the middle of a desert with jet black hair? I love jet black hair, but she has to be a redhead.'"

We like Kate better as a blonde, but what do you think of her new red 'do? Sound off below, and click "Launch Gallery" above to see other redheaded stars!