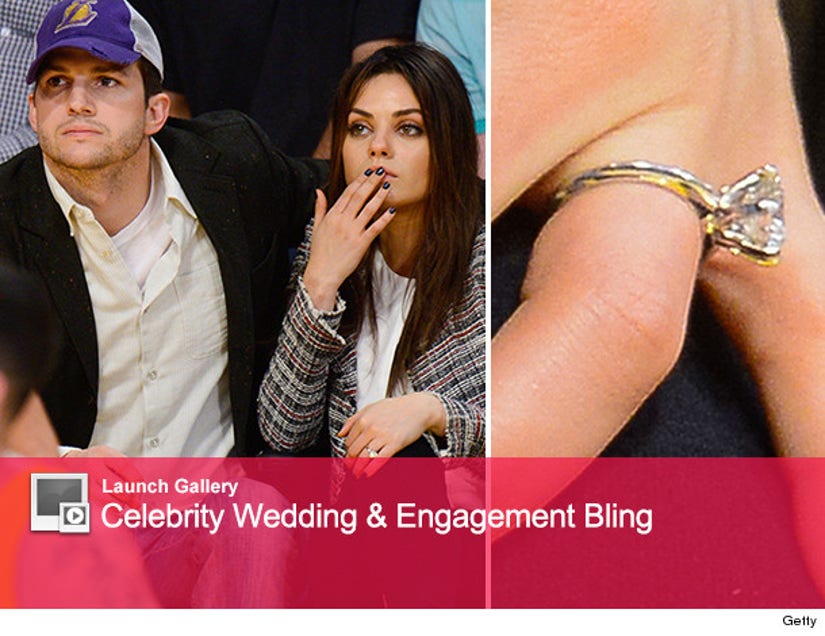 Mila Kunis showed off her dazzling engagement ring at the Lakers game on Tuesday night in Los Angeles, as she sat courtside with fiance Ashton Kutcher.

Rumors of their engagement started swirling after the brunette beauty was seen shopping last Thursday, wearing a large diamond ring on that finger.

The two, who first met back in 1998 when they costarred on "That '70s Show," have been dating for almost two years. They got together following Ashton's split from Demi Moore.

This will be the first marriage for Mila and the second for Ashton, who was hitched to Demi from 2005 until they separated in 2011. Their divorce wasn't finalized until November 2013.

We can't wait for this wedding -- Kunis is going to make a beautiful bride!