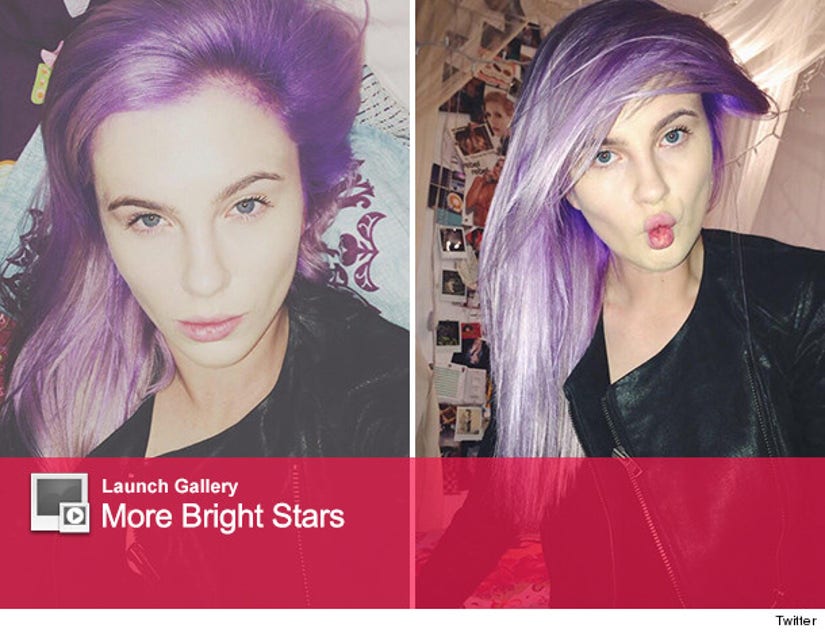 The 18-year-old posted a few snapshots of her new 'do on Twitter on Wednesday, thanking Justin Andersson, a colorist at the Chris McMillan Salon in Beverly Hills, for his handy work.

"I could get used to this," she wrote along with a photo of her pastel tresses. She also called herself a "fruitcake" and wrote "purp" to go with another pic.

The beauty was so happy about the ditching her old 'do that she retweeted a compliment from fellow model, Gigi Hadid, who gave her a shout out for the new color.

No word on why Baldwin decided to go the dye direction. What do you think of her new purple 'do? Sound off below, and click "Launch Gallery" above to see more bright stars!