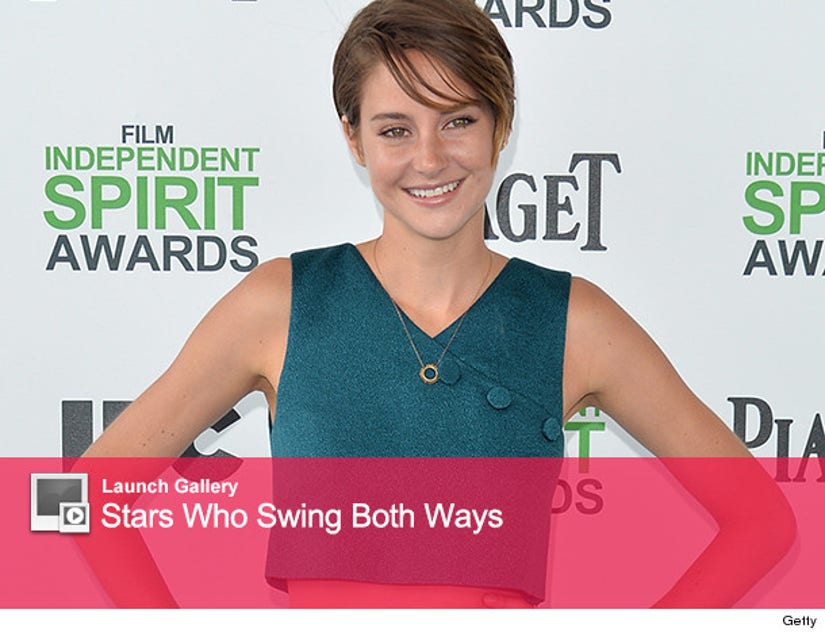 Shailene Woodley is definitely a free spirit -- something that also translates over to her love life.

In a candid talk with The Hollywood Reporter, the "Divergent" star reveals she could find love with both men and women.

"I fall in love with human beings based on who they are, not based on what they do or what sex they are," she tells the trade publication.

It's worth noting that the reporter admits she couldn't tell if Woodley was talking about romance or friendship, and Shailene doesn't label herself ... not that she has to.

Her "The Spectacular Now" costar Miles Teller, who was also interviewed for the piece, also says the two of them "have like a sibling relationship but with moments of sexual tension." So, there's that.

The actress also opens up about bringing a sense of realism to any sex scenes she films.

"When somebody's doing a sex scene and they're wearing a bra and underwear, that's not how it happens in real life," she tells the magazine. "If I'm going to say yes to a movie where this is necessary, then I'm going to bring truth to that situation."

With "Divergent," its sequels, "White Bird in a Blizzard" and "The Fault In Our Stars" all on the horizon, we're going to be seeing a lot of Shailene in the coming years -- but she's got a backup career in mind just in case.

"I might open a restaurant," she says. "And it's going to be like restaurant in the morning, dance club at night. Who knows?"