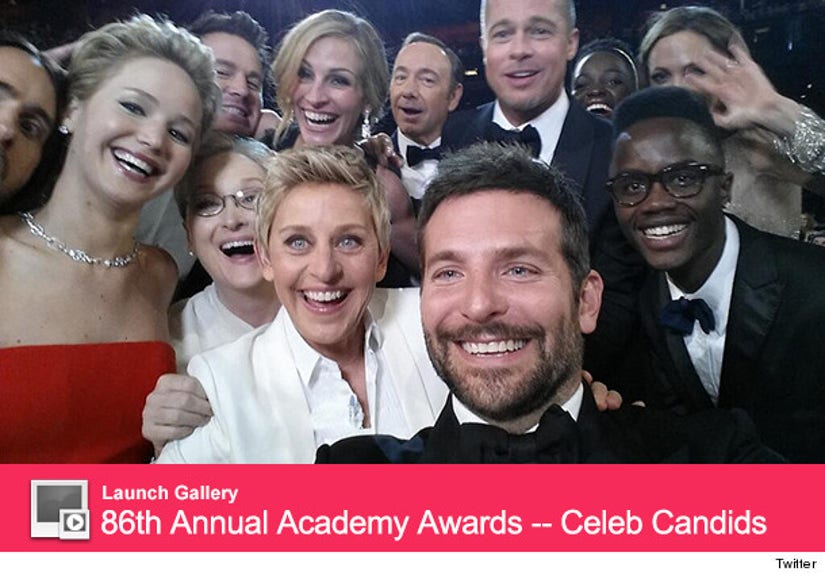 Talk about being ambitious!

Ellen DeGeneres broke Twitter when she took the picture seen around the world at Sunday's Oscars.

Well, one man is trying to break DeGeneres' record! Terry Shipman, of Beaumont, Texas, posted a photo to his personal Twitter account on Tuesday, featuring him posing alongside his two adorable pups.

Let's see if we can beat the Oscar re-tweets! pic.twitter.com/hke2BbcUJb

While Terry still has quite a way to go, he's already generated 140,000+ re-tweets, and he has Chrissy Teigen on his side!

The Sports Illustrated model not only re-tweeted Shipman, but she followed up with one sweet and encouraging message about his efforts.

I love you @terry_shipman. It might take longer but we're gonna make your dream come true.

We're pulling for you Terry! What do you think about Shipman's goal? Tell toofab in the comment section below, and give Terry a re-tweet if ya like!