The "From Dusk Till Dawn" party was the place to be in Austin on Saturday night.

SXSW had its very own "Titty Twister" for an evening, as Red 7 was transformed into the vampire-packed strip joint to celebrate director Robert Rodriguez's new TV series.

Based on the 1996 flick, the new show stars Wilmer Valderrama, DJ Cotrona, Zane Holtz and Eiza Gonzalez ... yep, the girl most known for sucking face with Liam Hemsworth following his split from Miley Cyrus.

But last night, she proved she's more than just an extremely pretty face.

Robert hit the stage with Del Castillo for a killer jam session -- shredding it on the guitar while they played tunes from movies like "Desperado" and "Kill Bill 2" and Salma Hayek's famous snake song from the vamp flick.

But then the new Santanico Pandemonium joined them to perform "Siente Mi Amor," the song Hayek recorded for "Once Upon a Time In Mexico." And while Eiza is a new face to most Americans, she's already a huge recording star and telenovela actress in Mexico. Girl can sing!

The crowd, which included a very excited Wilmer and Danny Trejo, loved it -- braving the wet weather for the killer set. 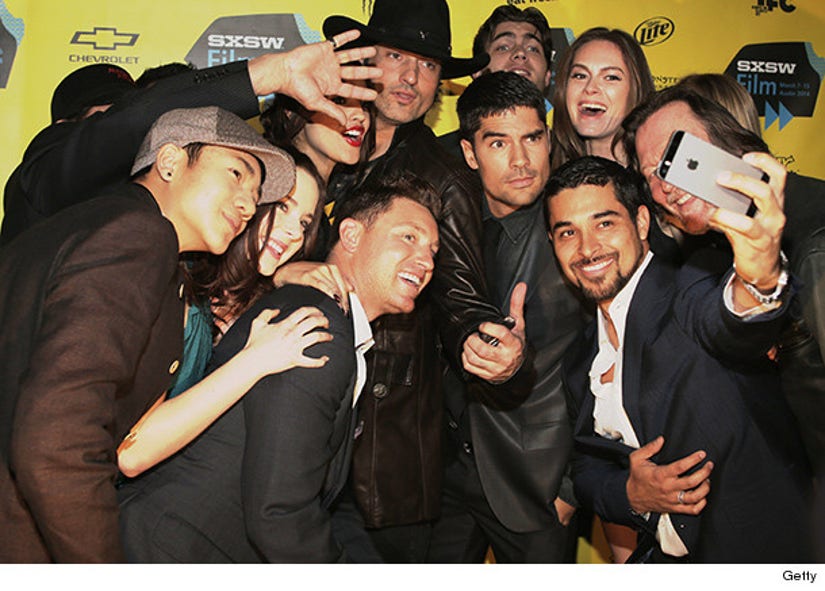