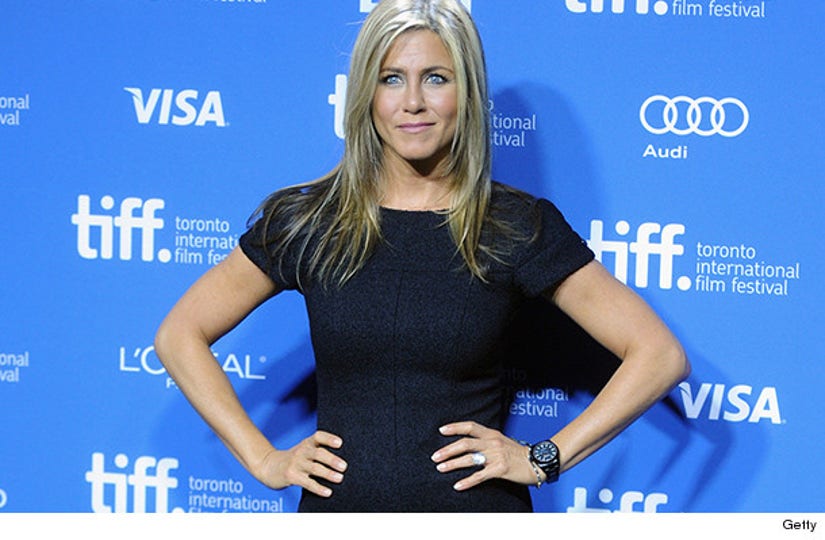 Jennifer Aniston may have one of the most enviable bods in the business, but even she has insecurities!

The "Horrible Bosses" star recently opened up to Self.com about whose body she envies, her favorite vices and her biggest pet peeves. So, who would she like to trade bodies with for a day?

"Would I really want to give it back?" the 45-year-old joked to the magazine. "I'd love to be able to ski like a crazy person, like Lindsey Vonn. Then I'd also like to have Gisele Bundchen's body, just 'cuz, why not?"

"I fry the chips myself," she said. "Just take a tortilla, cut it into triangles, and throw 'em in coconut oil."

"It's actually just Mr. & Mrs. T Bloody Mary Mix!" the former "Friends" star admitted. "It's very trailer trash. But it's the amount of lime, a splash of olive juice and a couple of other secrets I can't give away."

She's also a fan of the reality competition shows "The Voice" and "America's Got Talent."

"The auditions really kind of are fabulous," she said. But one thing Aniston can't stand is when her friends sing along to songs on the radio.

We hear you, Jen!