Are you ready for more "True Detective?"

To kick off his week of shows at the South by Southwest festival on Monday, Jimmy Kimmel enlisted the help of Seth Rogen to give viewers an "exclusive" first look at the second season of HBO show.

"Next season will follow two completely different detectives on a completely different case. There's been much speculation about which actors will be tapped to play those roles, and I'm excited to announce here at Southwest the identity of those actors, and also to announce that it is going to be set here in Austin next season," the late night host told the audience before introducing the preview clip.

Rather than seeing the actors who will take over the roles from Matthew McConaughey and Woody Harrelson, viewers were treated to a hilarious video skit starring Jimmy and Seth. 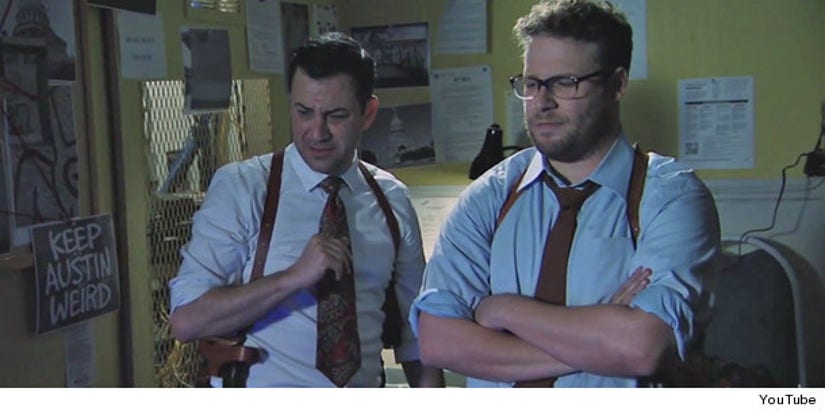 "Seth had a lot of thoughts about life, religion, dark thoughts," Kimmel's character said. Cut to Rogen, who mocked McConaughey's character Rust Cohle when he asked, "You ever seen a baby kill its own mama with a breakfast taco? That f--ked me up."

Another scene shows Rogen quoting Cher's "If I Could Turn Back Time" and Cyndi Lauper's "Time After Time." And yes, Kimmel eventually participates in the sing-along.

The wacky conversation between the friends ranged from getting high with Snoop Dogg to teenage boys at summer camp believing RuPaul was a woman. Check out the funny clip above!

What do you think of the "True Detective" spoof? Sound off below.