Comedian Zach Galifianakis welcomed the President to his "Funny or Die" web series "Between Two Ferns" on Tuesday.

From the get-go, the two comically swapped insults -- the president joked about Zach's role in the "Hangover" films by praising Bradley Cooper for carrying the franchise. The actor retorted POTUS' comments by poking fun at his basketball skills and his birth certificate controversy. 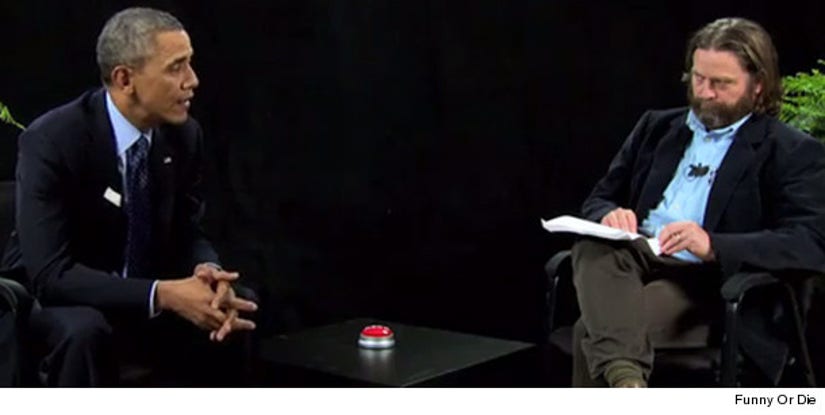 "Is it going to be hard in two years, when you're no longer President and people will stop letting you win at basketball?” the "Hangover" star asked before inquiring if the prez would build his presidential library in his home country of Kenya.

Despite the comedic gold of the duo's witty banter, the interview turned to more serious matters as the Commander in Chief brought up Obamacare.

"I wouldn't be with you here today if I didn't have something to plug, have you heard of the Affordable Care Act?" to which Zach replies, "Oh yeah, I heard about that, that's the thing that doesn't work" as he proceeds to show Obama a nasty rash on his arm.

Although President Obama was pretty funny on this webisode, we think it's safe to say that he shouldn't quit his day job!

What do you think of Obama's comedic chops? Sound off below!