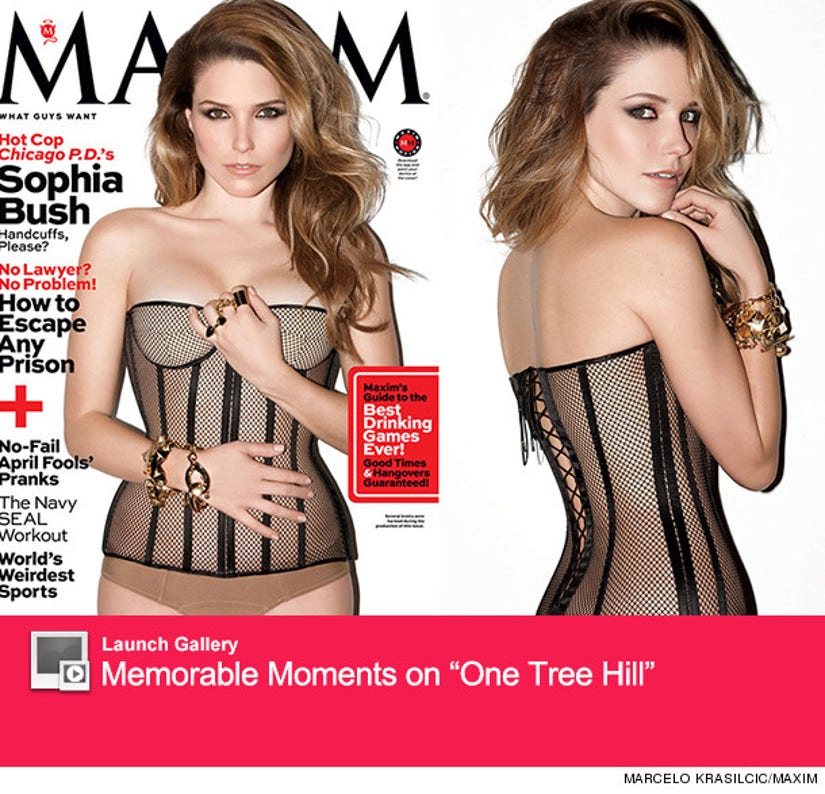 Sophia Bush is showing off her sexy side!

The "Chicago PD" actress covers the April issue of Maxim, where she stuns in a see-though corset and nude panties.

The brunette beauty also opens up about moving on from "One Tree Hill" to the popular cop show.

"Well, it's funny. It's not often that someone gets a job at 20 and then does it for a decade. Those are the years you're supposed to be growing and exploring new things… But this show? It feels like the job I was supposed to be doing," she tells the mag.

The 31-year-old finally feels like she's found her niche, and she's done plenty of research for the role!

"Well, I've watched his whole library, but I didn't sit and cram or anything. Although I did spend my Super Bowl Sunday watching a 'True Detective' marathon on HBO," she confesses.

The former soap star also reveals why she's taken such a political stance on social media.

Well, we can't wait to see what Ms. Bush does next! How do you think the actress looks?

Tell toofab in the comment section below and click "Launch Gallery" above to see some of "One Tree Hill's" most memorable moments!