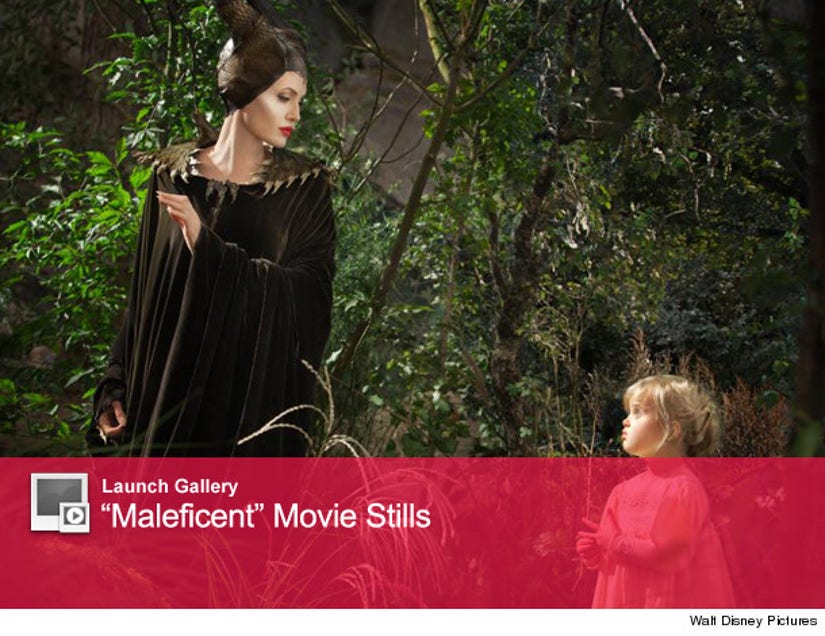 Walt Disney Pictures has released the first official movie stills of the 38-year-old actress sharing the screen -- and staring down-- her daughter Vivienne Jolie-Pitt, who makes a cameo as young Princess Aurora.

"We think it's fun for our kids to have cameos and join us on set, but not to be actors. That's not our goal for [Brad Pitt] and I at all," Jolie recently told Entertainment Weekly. "But the other 3- and 4-year-old [performers] wouldn't come near me. It had to be a child that liked me and wasn't afraid of my horns and my eyes and my claws. So it had to be Viv." 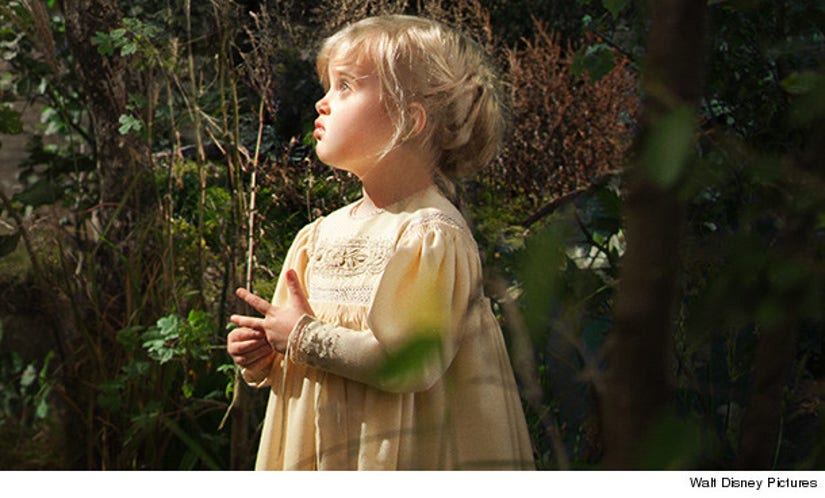 The Oscar-winner admits that she had reservations about playing one of the most storied Disney characters.

"Maleficent was always so elegant. She was always in control. And to play her was difficult," the brunette beauty says. "I worked on my voice a lot. She's bigger than me. She's on a different level of performance than I have ever done. She's very still. She's very sure of her voice. I kept playing with these different types of British voices, making my voice darker and scarier."

Check out the latest trailer below, and click "Launch Gallery" above to see all of the new stills from the movie!