Joe Simpson is a doting manager!

toofab's Anna Kachikyan caught up with Joe after the show to get the details on why he was photographing the runway show.

"One of my models was in the show, and I was shooting. I love shooting," the manager revealed. "In my other life, I was a photographer." 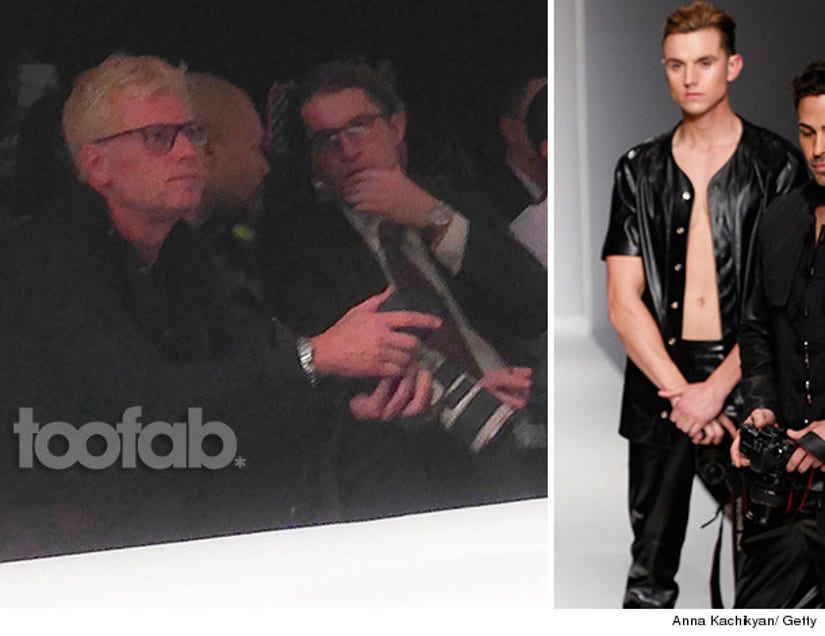 This isn't the first time Simpson has been seen taking photos of the male model.

The divorced dad celebrated his 56th birthday with a long weekend in Miami's South Beach -- playing amateur photographer on the beach as he photographed the 21-year-old.

Joe has shot down speculation that he and the much-younger model were romantically involved. "More mis-information in the news," he tweeted. "The guy in the pics is my modeling Client. He was in Miami taking agency meetings. That's it!!"

What do you think of Joe and Jonathan's close business relationship? Sound off below!

Check out the video to see what he said about getting Jessica to show her clothing line at Style Fashion Week next year, and click "Launch Gallery" below to see more Simpson family photos.