The hilarious Ricky Gervias hit the red carpet for the big Hollywood premiere of "Muppets Most Wanted" on Tuesday night -- where he dropped some extremely colorful language while posing for photographers.

After posing with his longtime partner Jane Fallon for a group of screaming photogs, he couldn't resist screaming "SHUT THE F**K UP!" at the top of his lungs.

He was clearly joking around -- but the look on Jane's face is priceless, as it seems like she realizes they're at a premiere for a kids movie.

The carpet was covered with celebrity families, with stars like Tito Ortiz, Terry Crews, Matt Barnes and Alison Sweeney all bringing their children to the high-anticipated flick.

It doesn't look like Miss Piggy, Kermit and his doppelganger Constantine held Ricky's outburst against him, as they were later seen taking one incredibly adorable selfie together. 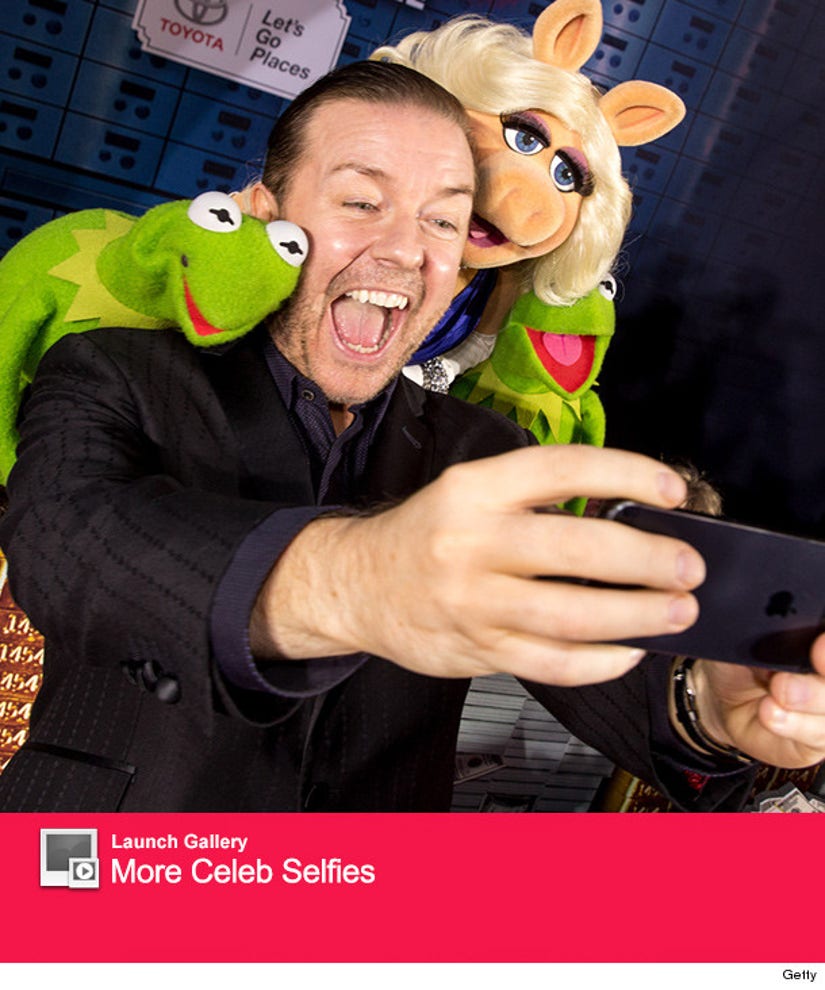 Check out "Muppets Most Wanted" when it hits theaters March 21.