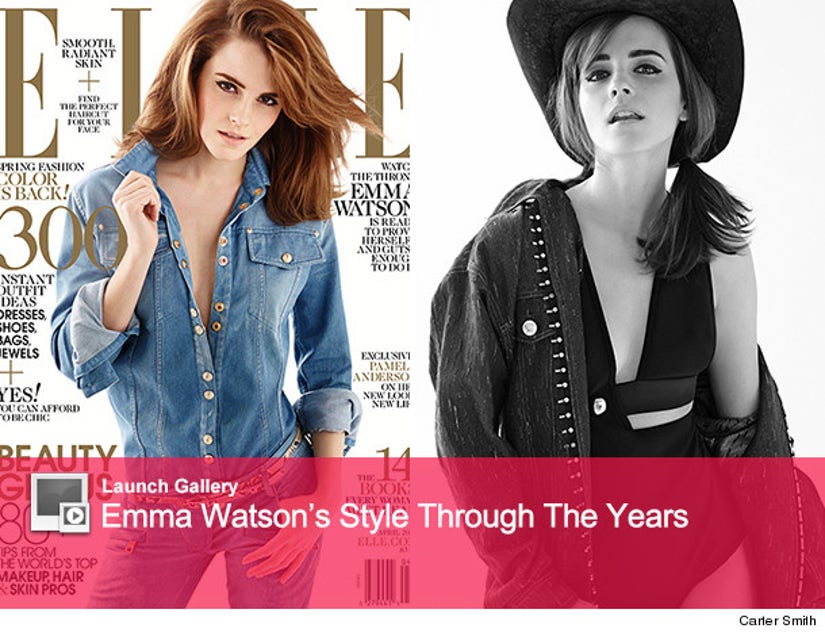 Emma Watson is wise beyond her years!

The "Noah" star covers the April issue of Elle magazine, where she opens up about coming of age in Hollywood and maintaining her own life outside of her career.

While the 23-year-old pretty much grew up before our eyes thanks to the "Harry Potter" flicks, Watson says she's "jealous" of actresses who get to live their coming of age years outside of the spotlight.

"There are all these actresses who have emerged in the last year or two, and they get to emerge as this complete human being. And I'm so jealous," she tells the mag.

And because Watson has grown up in front of the camera, she's a firm believer in separating her career from her personal life. 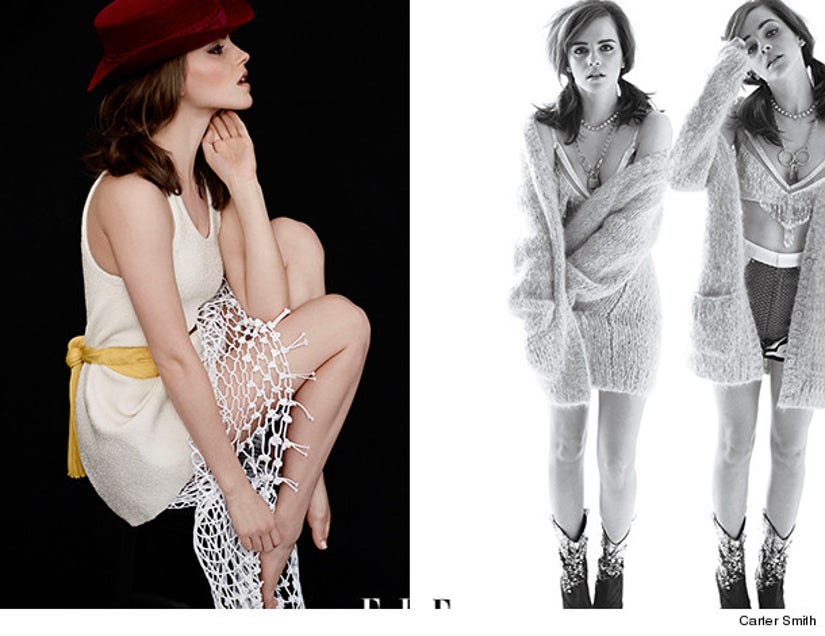 "I remember reading this thing that Elizabeth Taylor wrote. She had her first kiss in character. On a movie set," she explains. "It really struck me. I don't know how or why, but I had this sense that if I wasn't really careful, that could be me. That my first kiss could be in somebody else's clothes. And my experiences could all belong to someone else."

Emma makes a valid point! It definitely seems like the brunette beauty has been able to live her own life outside of the spotlight, though.

The actress also stars in the upcoming action-packed flick, "Noah," alongside Russell Crowe -- and Watson says the blockbuster version of the bible story is more "Shakesperean" than anything else.

"It's Shakesperean, what happens to this family when they're put in this confined space for 40 days and 40 nights. It's the end of the world – how these different human beings are dealing with the impact of that. Are humans good? Are we bad? All of these themes are epic," she reveals.

What do you think about Emma's comments? Tell toofab below and click "Launch Gallery" above to see even more photos of Watson's style through the years!

Make sure to pick up the April issue of Elle magazine on stands March 25 for Emma's full interview!