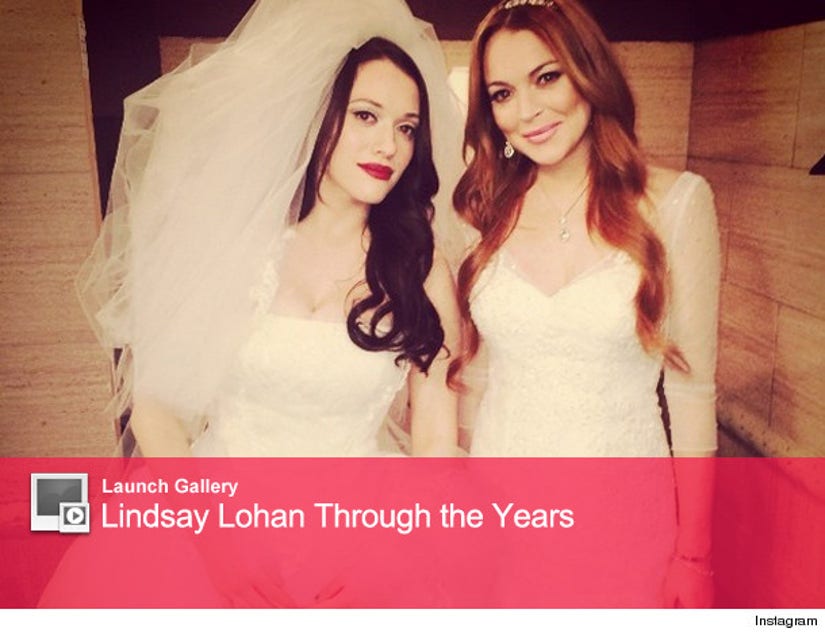 Lindsay Lohan is back!

The actress is guest starring on "2 Broke Girls," where she plays the role of Claire Guinness, a bridezilla who asks Max (Kat Dennings) and Caroline (Beth Behrs) to make her wedding cake.

Dennings posted an Instagram pic of both ladies in wedding dresses and wrote, "S--t gets real in upcoming episodes of 2 Broke Girls."

LiLo announced the news to her fans on Twitter, saying, "#2BROKEGIRLS & A "MEAN" ONE: Its true!! Excited to be back on set and work w/ @officialkat and @bethbehrs."

We love to see the troubled star back on set!

She will make her "2 Broke Girls" debut on April 14, and you can also catch up with the 27-year-old on "Lindsay," her documentary series on OWN.

What do you think of her sitcom comeback? Tell toofab in the comment section below, and click "Launch Gallery" above to see Lindsay Lohan, through the years!