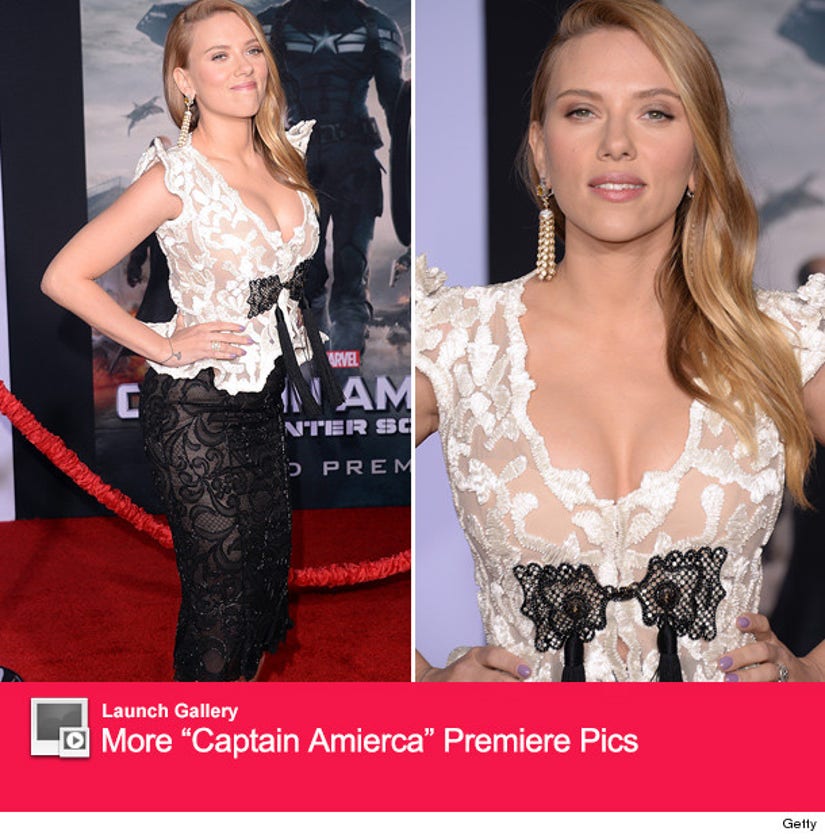 Scarlett Johansson isn't even letting her curves do the talking.

While the actress is reportedly at least 5 months pregnant, she did a really good job keeping any baby bumps covered up at the big red carpet premiere of "Captain America: The Winter Soldier" -- her first red carpet appearance since news of her baby-to-be broke.

ScarJo herself hasn't said anything to confirm that she's expecting, but was realllly good at avoiding the any related questions at the press junket for the flick earlier this week.

Wearing a very low-cut lace gown, Johansson looked gorgeous with her hair down and swept to the side. And though the dress showed off a lot of cleavage, some strategically-placed fringe obstructed her stomach from cameras.

The 29-year-old is set to start filming "The Avengers: Age of Ultron" in a couple weeks -- but assured the press that they're "full steam ahead" and she's "good to go."

Johansson wasn't the only one at the premiere, naturally. She was joined by costars Chris Evans, Samuel L. Jackson, Cobie Smulders, Sebastian Stan and Anthony Mackie -- plus a ton of other stars from the Marvel cinematic and television universe.

Check out more photos from the red carpet above -- and check out some video below!