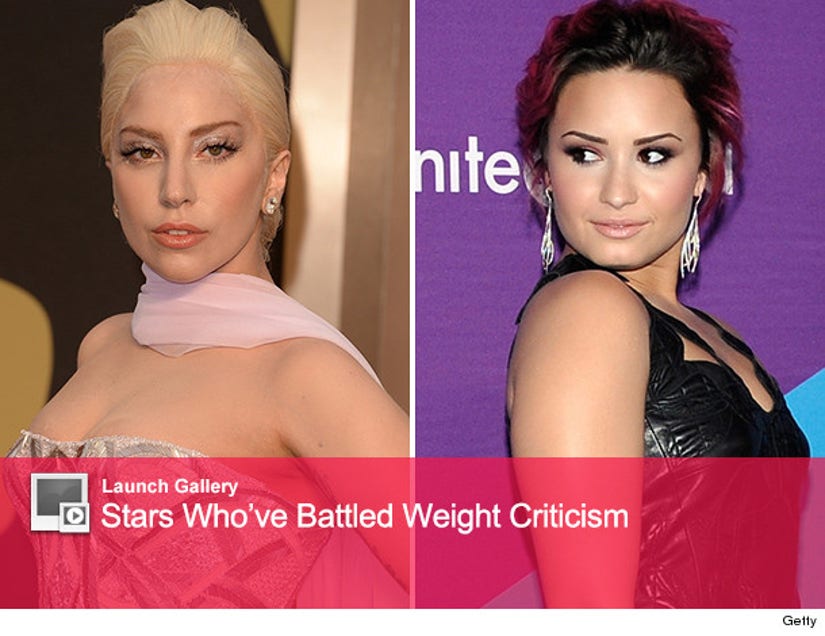 Demi Lovato has a bone to pick with Lady Gaga!

The former Disney star was not a fan of Gaga's SXSW show ... when she let a woman puke on her mid-concert.

The "Skyscraper" singer took to her Twitter on Friday to blast Gaga over her "artistic" antics, which also come on the heels of the pop star's appearance on Thursday's "Jimmy Kimmel Live" when she told the talk show host she was "fat".

Demi's publicly struggled with an eating disorder in the past, so we can see why the "Art Pop" singer's performance antics struck a chord with Lovato.

Check out Demi's tweets below -- think she's being too critical of the pop star's performance?

Sad... As if we didn't have enough people glamorizing eat disorders already. 😣 Bottom line, it's not "cool" or "artsy" at all.

Would you let someone bring a needle and shoot up on you? Addiction is addiction.

It's not "shade" and it's not "hate". But someone has to come forward and say it and I'll take the heat for it. ✌️