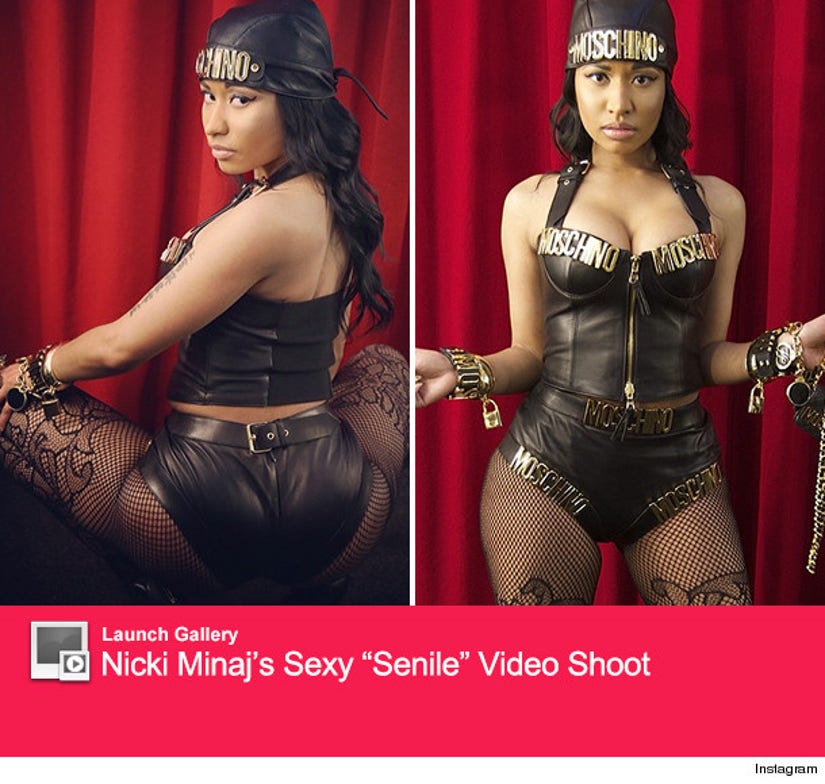 The rapper shared a series of behind-the-scenes photos on Instagram from her "Senile" music video shoot on Thursday.

The look, which also features a matching hat and gloves, comes from the Fall 2014 collection. "Fresh off the runway with custom made panties to fit my big fat ego.... lol," Minaj said of the sultry style.

The song, which appears on Young Money's "Rise of an Empire" compilation LP, also features Lil Wayne and Tyga.

"Originally it was just a joint from [The Gold Album: 18th Dynasty] that I was gonna drop. I just heard Nicki on it, so I went to the studio where she was recording, I played it for her, and she was like, 'You should put Wayne on it, too,'" Tyga told MTV News during a set visit.

"I'm recording my album, so they caught me in the right mood," Wayne said. "I was like, 'I don't care what you send across my table, it could be any song—a Sade song.'"

"It's just a bunch of fun," he added. "Having a ball, having a blast as always."

Now that we've gotten a sneak peek, we can't wait to see the video!

What do you think of Nicki's music video style? Sound off below, and click "Launch Gallery" above to see more shots from the set.

Check out MTV's behind-the-scenes video below.