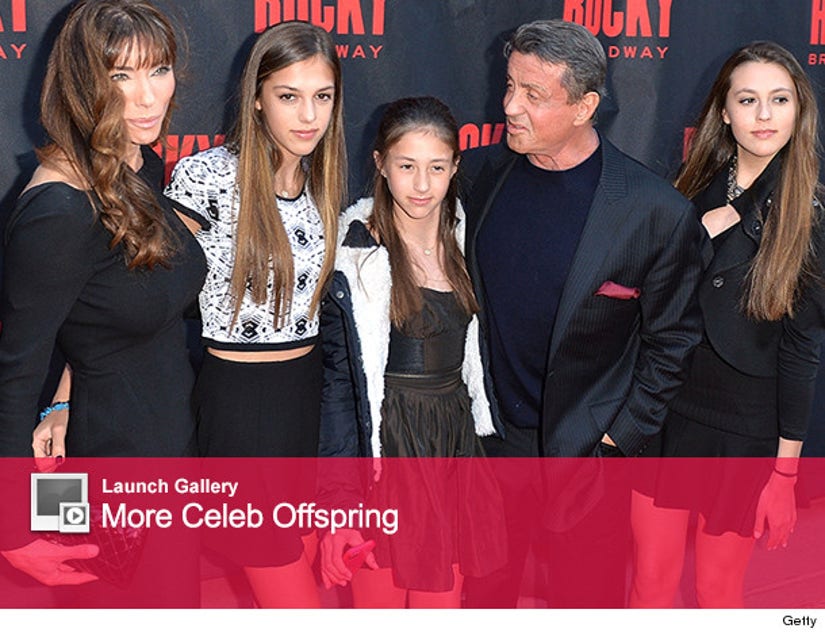 Sylvester Stallone stepped out with his wife Jennifer Flavin and their three daughters at the opening night of "Rocky on Broadway" -- and his girls are so beautiful.

The 67-year-old actor looked happy to have all of his ladies on his arms.

The two-time Oscar nominee once revealed his daughters -- Sophia, 16, Sistine, 14, and Scarlet, 11 -- often get embarrassed by him.

"When I give them advice they say, 'Why would I listen to you?' I say, 'Look at the house you're living in and look at the school you're going to – I must know something!'" Stallone told ShortList last year.

"'Yeah, but you don't know about modern stuff, Dad – and you're not as funny as you think you are,'" he added. "In the movies, I kill guys with an axe. In real life, I can't control a 10-year-old girl. My daughters ask to be dropped off a block away. I say, 'Are you kidding? You have Rocky and Rambo for a father – everybody loves me!' They're embarrassed."

We love that his daughters keep him in check!

Sylvester is also father to two sons with ex-wife Sasha Czack, but son Sage tragically passed away from a heart attack in 2012.