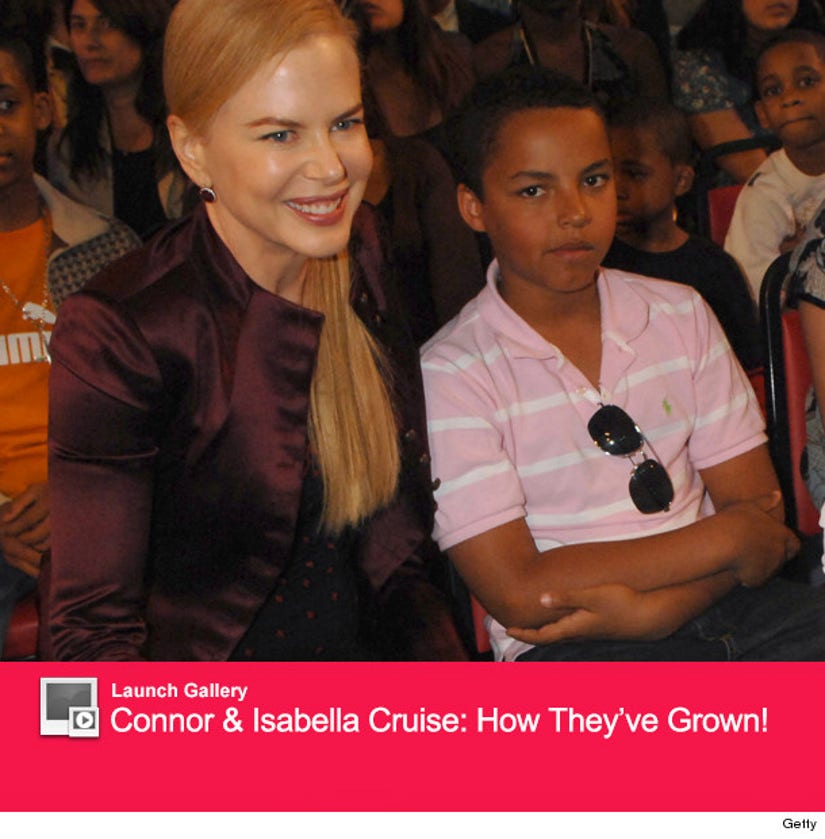 Well, it looks like Nicole Kidman is still close with all of her kids!

Connor Cruise chatted with Woman's Day in Australia where he opened up about his relationship with his mother/Tom Cruise's ex-wife.

"I love my [mom]" he told the site. "I don't care what people say, I know that me and [Mom] are solid. I love her a lot. My family means everything. Yeah, I love my music, but the family comes before everything else."

Connor and sister Isabella Cruise were adopted by Tom and Nicole while they were married. But since the famous couple split in 2001, both Connor and his sister have been seen more with Cruise.

The photo above is the last time Nicole and her son were seen in public together ... way back in 2007!

The famous offspring rarely talk about their relationship with the actress, but it's great that Connor says they are still close with the Australian beauty.

Today, Nicole has two biological children with husband Keith Urban and Tom welcomed his own little girl in 2006 with ex Katie Holmes.

What do you think about Connor's confession? Tell toofab in the comment section below, and click "Launch Gallery" above to see even more celebrity kids!