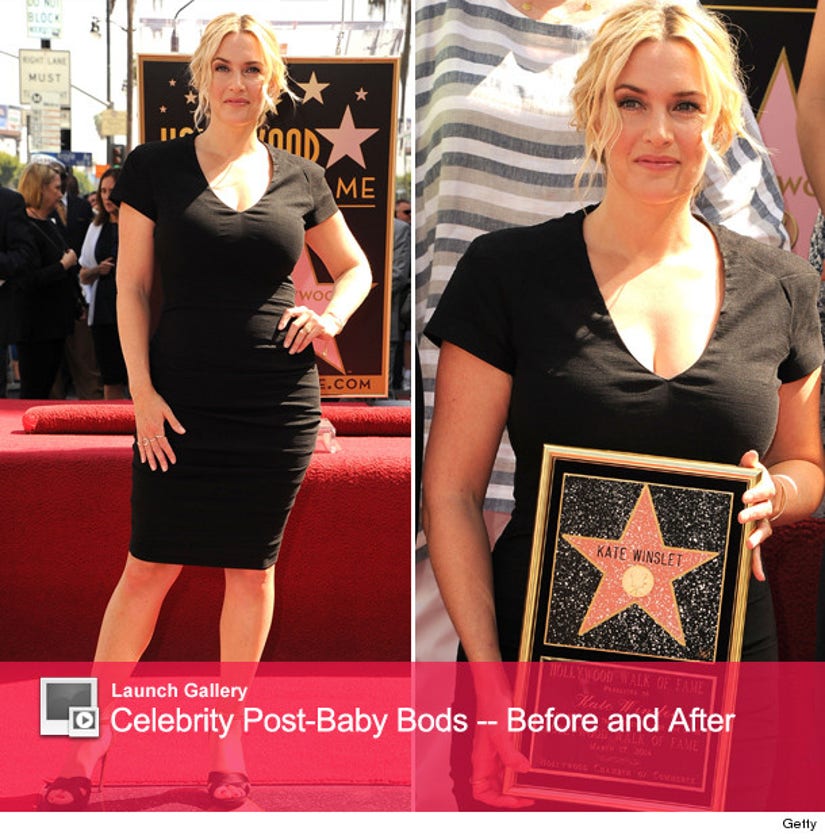 Kate Winslet is one hot mama!

The "Divergent" star has kept a low profile since giving birth to son Bear Winslet in December 2013, but she showed off her slim post-baby bod on Monday, while she was honored with her own star on the Hollywood Walk of Fame.

The actress looked chic and sophisticated at the ceremony, rocking a little black dress and matching black stilettos. She swept her blonde locks into a loose up 'do, leaving her makeup natural with a touch of glamour.

The Oscar winner, who received the 2,520th star on the famed sidewalk, said she was "overwhelmed" by the turnout.

"It's really really wonderful to be here and to be given this award," Winslet told the crowd. "Thank you to all the actors and directors who I've worked with. I really want to share this with those people, and the history I have with so many individuals who have taught me so much and continue to teach me."

What's your favorite Kate Winslet role? Tell toofab in the comment section below, and click "Launch Gallery" above to see more celebrity post-baby bods, before and after!