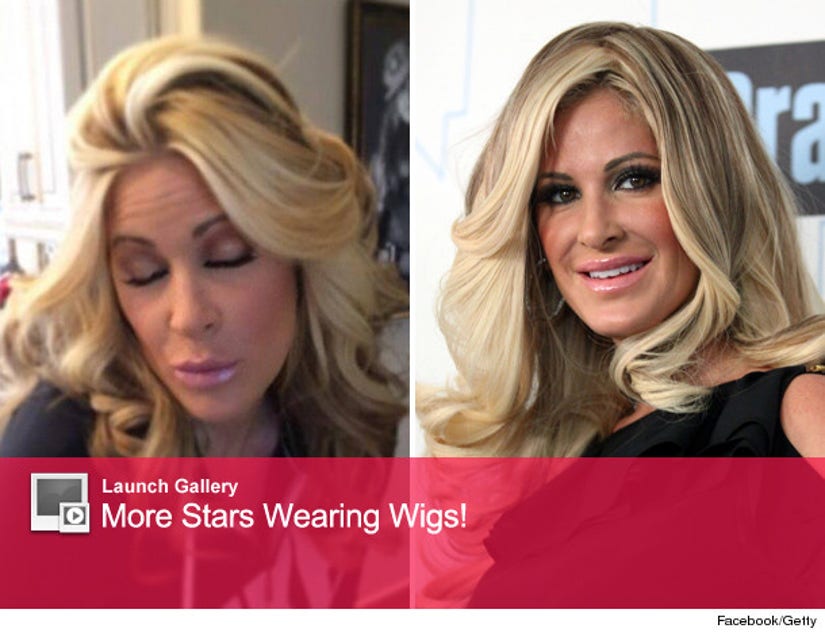 Kim Zolciak's finally comfortable in her own hair!

The former "Real Housewives of Atlanta" star showed off her natural tresses via Facebook on Sunday.

Making a funny face for the candid snap, Zolciak's blonde locks look better than ever! "Found this pic from last week ... Real Hair ;)," she posted with the fun photo.

We gotta say, Kim's real hair looks so much better than her infamous wigs, which she was known for rocking on the reality show.

The Bravo star stopped by "Watch What Happens Live" with former costar Sheree Whitfield Sunday night, where they opened up about the show's star NeNe Leakes.

Check out the video below to see if they are still close:

Clearly, the blonde beauty was sporting some long extensions for the appearance -- and, while they looked great as well, we're definitely fans of her natural 'do.

What do you think of Zolciak's real hair? Tell toofab in the comment section below and check out even more stars who've sported wigs in the gallery above!