It's been 10 long years since "Lost" premiered on ABC -- and we're still trying to figure out what happened on that island!

A good chunk of the cast got together again for a big reunion at PaleyFest on Sunday night, where Malcolm David Kelley (Walt, now 21!), Ian Somerhalder, Josh Holloway, Jorge Garcia, Yunjin Kim, Maggie Grace and Henry Ian Cusick reminisced on their days working on the extremely mysterious series.

Notably absent were some of the show's biggest stars though -- including Matthew Fox, Terry O'Quinn, Evangeline Lilly, Dominic Monaghan, Harold Perrineau, Michael Emerson, Daniel Dae Kim, Naveen Andrews and Vincent (though, was anyone really expecting him?).

A rep for Matthew tells toofab that the actor is currently in Europe working on a film. As for Dominic, his publicist says the actor has been traveling for his show "Wild Things with Dominic Monaghan" and had had a "longstanding commitment that he could not break."

That being said, the cast members who did show up all seemed happy to see each other again, posing for some pretty great photos together backstage.

When asked about the controversial series finale, which didn't answer quite as many questions as fans of the show had hoped, executive producer Carlton Cuse was ready to defend himself.

"We felt like Lost was sort of the Big Bang Theory [not the TV series] and every question would only beget another question," he said. "But what we cared about most was the emotional journey of each character."

"Obviously, there are all these mysteries, and in the final episode of 'Lost,' we could answer a question that wasn't asked," fellow exec producer Damon Lindelof added. "What is the meaning life? And what happens when you die?" 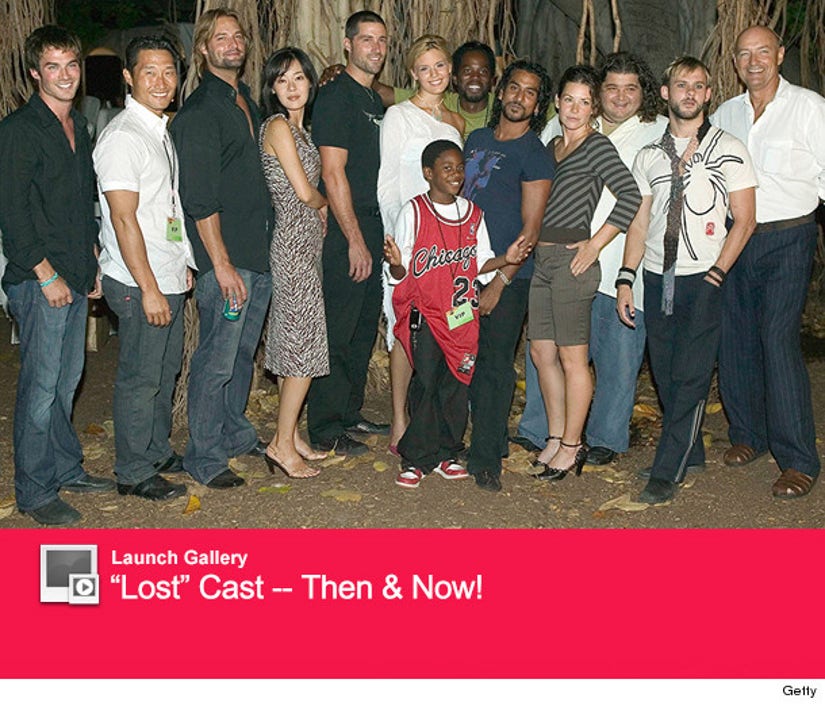 The two also definitively confirmed that the castaways were not dead the entire time -- explaining that some footage of the plane's wreckage with no survivors at the end of the finale confused some viewers.

"We thought, let's put those shots at the end of the show and it will be a little buffer and lull," Cuse explained. "And when people saw the footage of the plane with no survivors, it exacerbated the problem."

We're almost 4 years from the series finale -- are you still mad about how it ended? Sound off below!