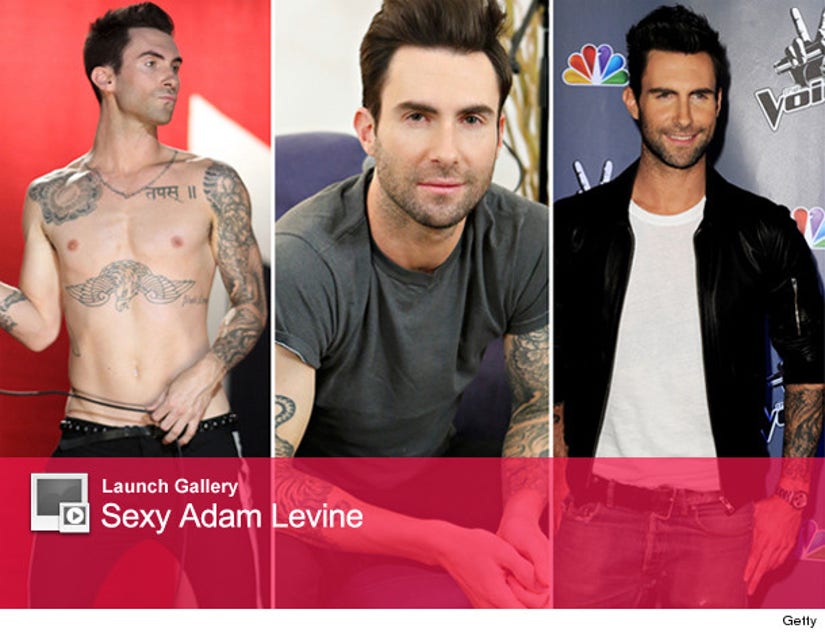 Before landing a coaching gig on "The Voice," the sexy singer got his big break in 2002 when he and his Maroon 5 band mates released their first single, "Harder to Breathe."

After sky-rocketing to fame, the band went on to win three Grammys and release three more albums.

Although Adam has collaborated with several artists, such as Kanye West, the Ying-Yang Twins, and Gym Class Heroes, the Maroon 5 front man has stated he doesn't plan on launching a solo career.

Adam joined the cast of the NBC singing series in 2011 -- and lead Team Adam to victory last season.

If being a singer and celebrity judge wasn't already enough, the vocalist also decided to dabble in acting. He appeared as a recurring character in "American Horror Story: Asylum."

In 2012, Adam began dating Victoria's Secret model, Behati Prinsloo. The couple broke up in March 2013, but later reconciled and got engaged that July.

We can't wait to see what the Sexiest Man Alive does next -- click "Launch Gallery" above to see all of Adam's hottest shots!