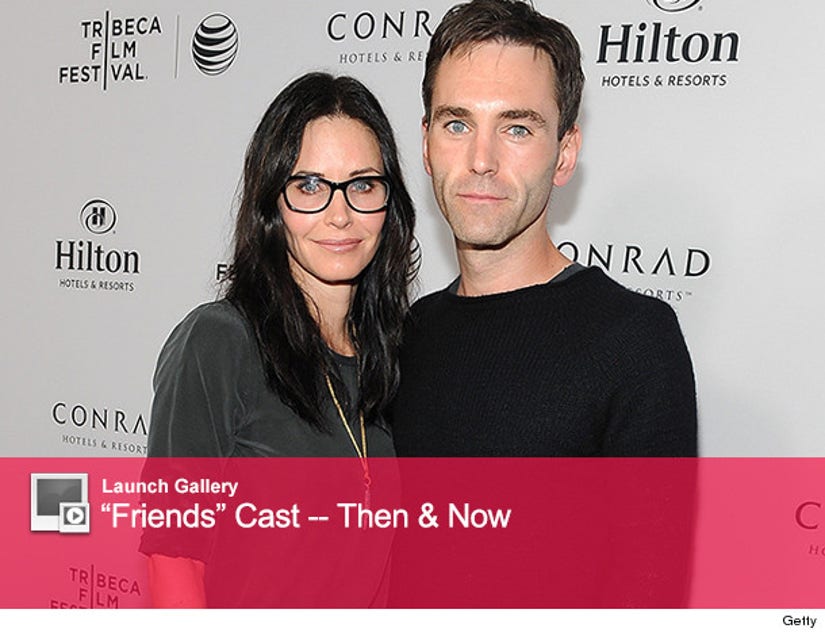 The "Cougar Town" star made her red carpet debut with her boyfriend Johnny McDaid at the Tribeca Film Festival 2014 celebration in Beverly Hills on Monday.

The actress looked chic and sophisticated at the event, rocking a gray silk top, green leather skirt and thick-rimmed eyeglasses.

The 49-year-old finalized her divorce from David Arquette in 2013, and there are already rumors that she's ready to settle down with the Irish musician.

The Snow Patrol rocker, 37, has been working with Ed Sheeran, who is good friends with Cox -- and supposedly that's how the couple met.

While it seems like things have moved fast with Johnny, the actress does sound like she's ready to move on from her first marriage.

"When you love someone, you want them to be happy, even if it's not with you," she told More magazine in January.

What do you think of her red carpet look? Tell toofab in the comment section below, and click "Launch Gallery" above to see the rest of the "Friends" cast, then and now!