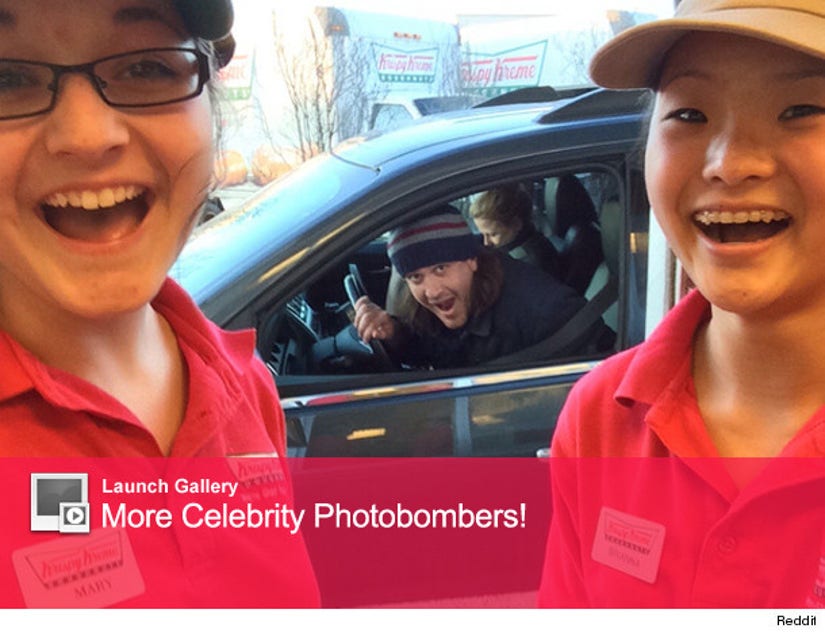 Jason Segel's funny on and off camera!

The "How I Met Your Mother" star reportedly stopped by a Krispy Kreme in Michigan over the weekend, where he decided to pick up some tasty treats and make two doughnut workers' day.

According to a Reddit user, Segel was in Grand Rapids, Michigan for his new movie with Jesse Eisenberg.

"Jason Segal [sic] is filming his new movie with Jessie Eisenburg [sic] in my hometown of Grand Rapids, Michigan, and my bastard sister got to meet him when he stopped at her place of work. I'm extremely jealous," peanut kid posted.

We're not sure if the ladies realized Jason was in their candid snap before or after the picture was taken -- but either way, it's a pretty cool move on Segel's part!

What do you think about the fun photo? Tell toofab in the comment section below and click "Launch Gallery" above to see even more celebrity photobombers!