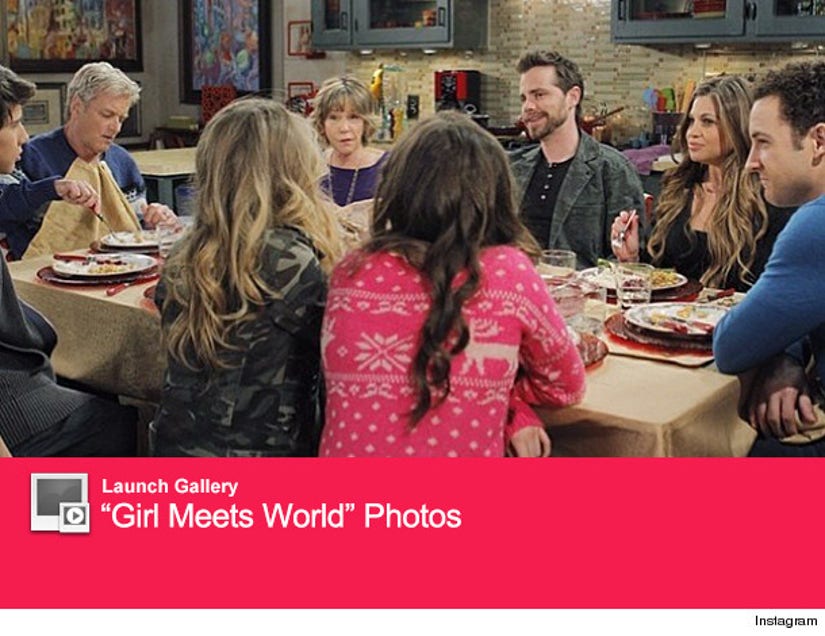 Shawn Hunter and the Matthews are back!

Danielle Fishel, who is reprising her role as Topanga alongside Ben Savage, shared a behind-the-scenes snapshot of Strong on set on Instagram.

"Happy to have these familiar faces on set with us this week! #GirlMeetsWorld," Fishel wrote along with the candid photo. In the pic, Fishel, Savage, and the cast are enjoying a meal with Strong, Randle and Russ at the table. 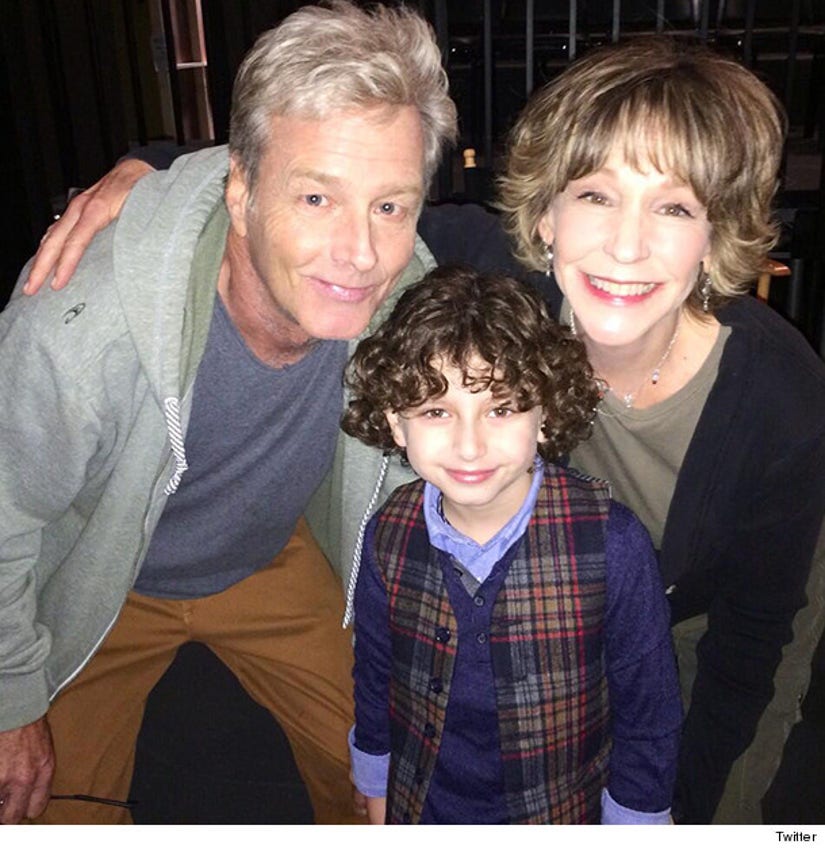 August Maturo, who will play Topanga and Cory's son, also posted a pic on Twitter, posing with his on-screen grandparents, writing, "Grandpa & Grandma."

Rider wasn't originally set to appear in the show, but he seems excited to rejoin the old cast.

"It's like time travel," he told The Hollywood Reporter of his return. "I get to go back to high school, but now I have a clue of what's going on."

So, who else is reprising their roles?

William Daniels (Mr. Feeny) and Lee Norris, who played Cory and Shawn's nerdy middle school classmate, are both set to appear in the show's pilot episode. Will Friedle and Maitland Ward Baxter were also seen on set.

"Girl Meets World" is set to start airing on the Disney Channel later this year.

We can't wait to see the on-screen reunion -- are you excited? Sound off below, and click "Launch Gallery" above to see more photos from the set!