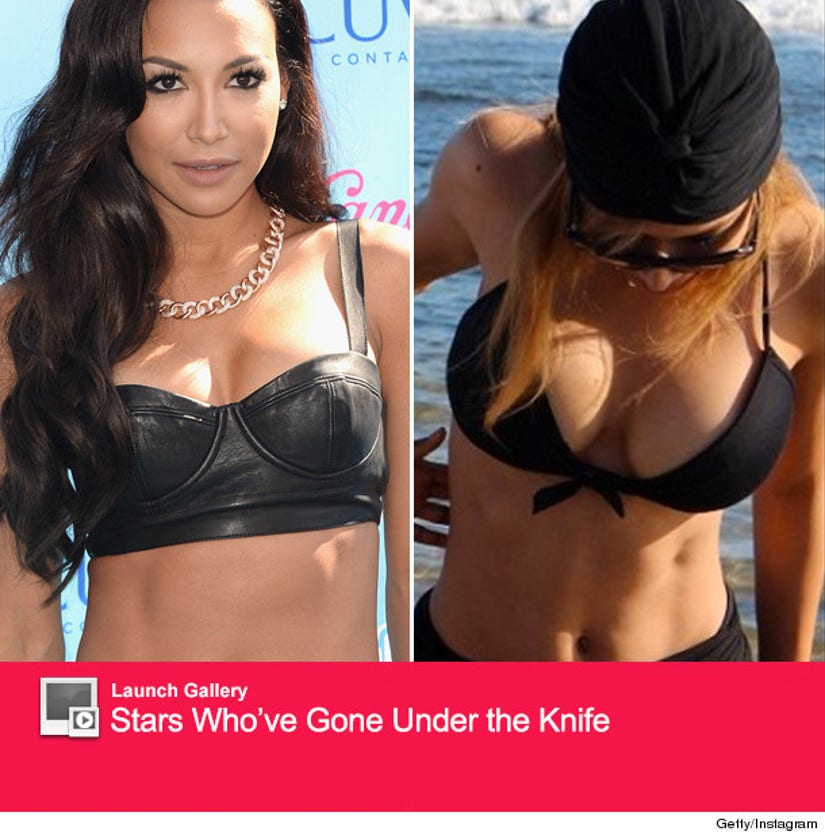 Her onscreen alter-ego Santana got a boob job between Seasons 2 and 3 of "Glee," but did Naya Rivera recently follow suit?

The actress sparked serious speculation on Tuesday after sharing a busty bikini photo from the beach with fiance Big Sean (right). Her cleavage definitely looks more ample, especially compared for another photo of her in a revealing crop top from 2013.

Of course, this could all be the work of some amazing padding -- and, if that's the case, we're guessing a lot of women would like to know what kind of swimsuit that is!

Later in the day, the 27-year-old put some more clothes on and hit the red carpet to celebrate the Fox show's 100th episode, which aired Tuesday.

She kept the conversation going by wearing a sheer black dress, once again highlighting her curious cleavage. 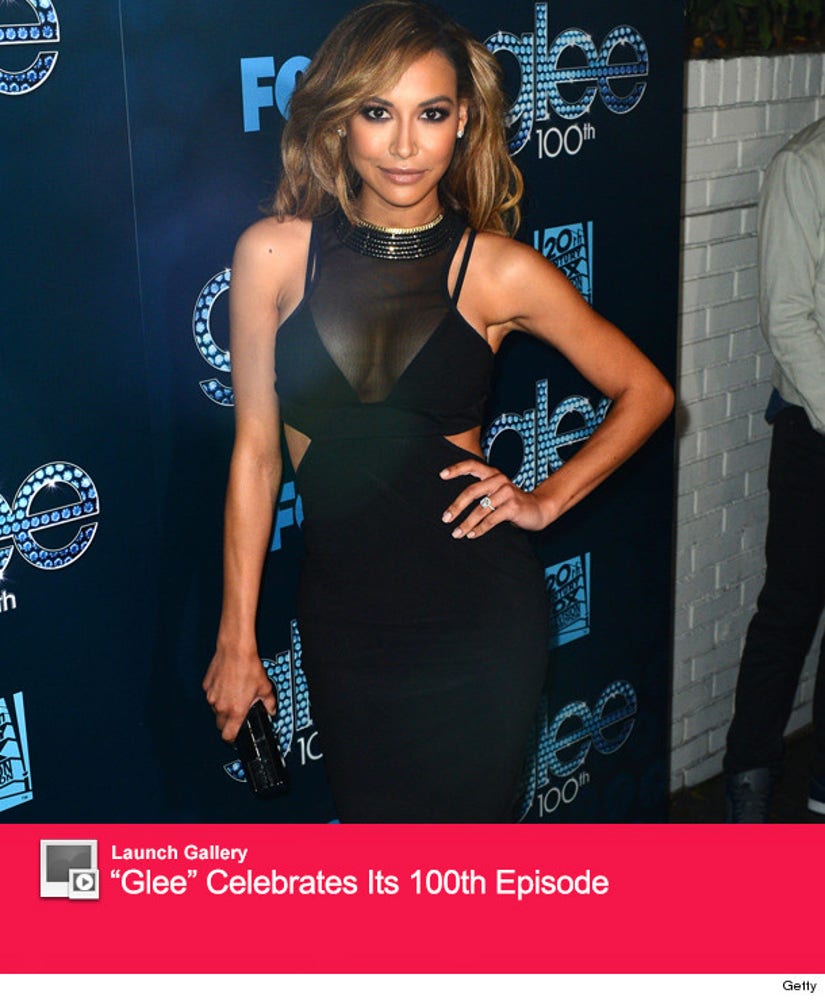 Naya herself isn't talking about the rumors ... but what do you think? Sound off below!