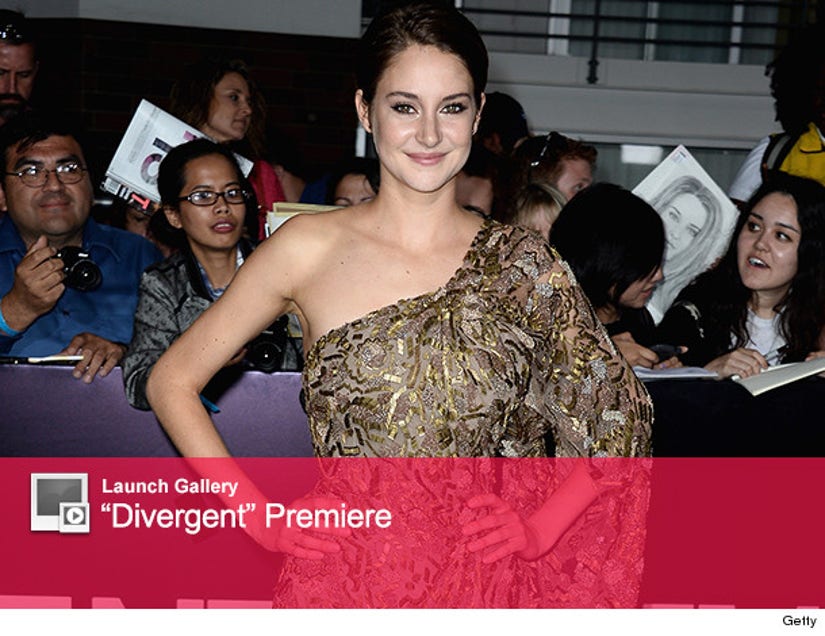 Shailene Woodley is poised to become the next "It Girl" in Hollywood, and she got some sage advice from someone who knows what it's like to be the face of a major movie franchise.

"Hunger Games" star Jennifer Lawrence got straight to the point when it came to helping guide the 21-year-old, as excitement continues to build for the release of "Divergent" on Friday.

toofab's Rachel Hoffman caught up with Shailene at a press conference for the highly-anticipated flick, where she talked about everything from J. Law's advice to her newly acquired urban survival skills.

Before she agreed to play Tris Prior, Woodley reached out to Lawrence to weigh the pros and cons of taking the role.

"She had gone from doing indie films to 'Hunger Games,' and I wondered if it changed her life in a positive way. She gave me some advice – she said don't do anything stupid, don't do drugs, don't make a sex tape and don't go to Whole Foods the day the movie opens! Other than that, you'll be fine," she revealed, adding, "She said there will be some hard things that come with a decision like this, but the amount of beauty and positivity that comes with it will transcend anything negative."

Shailene also talked about how similar she is to her on-screen persona, explaining, "A lot of who Tris is resonated with me ... As a teenager, my struggle was to figure out how to balance being empathetic and being compassionate towards my peers and also living my life for myself and not basing my decisions on those around me. I wanted to receive my happiness from my own experiences, rather than from people pleasing. Tris goes through that as well."

The brunette beauty also talked about learning to survive in the event of a disaster!

"I started studying indigenous cultures a few years ago and was really inspired by their lifestyles," she admitted. "Part of that was knowing how to survive in the wild and heal themselves from the plants growing around them – and that's how I became interested in learning these skills. I started studying edible plants. I realized that I know how to make fire out of sticks, and I know how to make shelter, but I live 90% of my life in an urban environment and these skills aren't going to help me. So, I started learning urban survival skills. I thought it would interesting to have that skill set in case something happens."

While there were no major disasters on the set, Woodley said she does have a few war wounds from shooting the action thriller.

"We definitely got some black and blue bruises and a few scars. Theo [James] says if you do stunts and don't walk away a little banged up, you're doing something wrong," she explained. "The fight scenes are so intense, specifically, the last scene with Theo. If I forgot to duck at the right time or I moved right instead of left, he would have decked me and I would have been out cold. That was a terrifying fight scene. I learned the sequence that morning and we filmed a few hours later, so we really had to be on our toes."

Shailene definitely shines in this movie!

"Divergent" hits theaters on Friday -- are you excited to see it? Sound off below, and click "Launch Gallery" above to see the cast at the Los Angeles premiere.