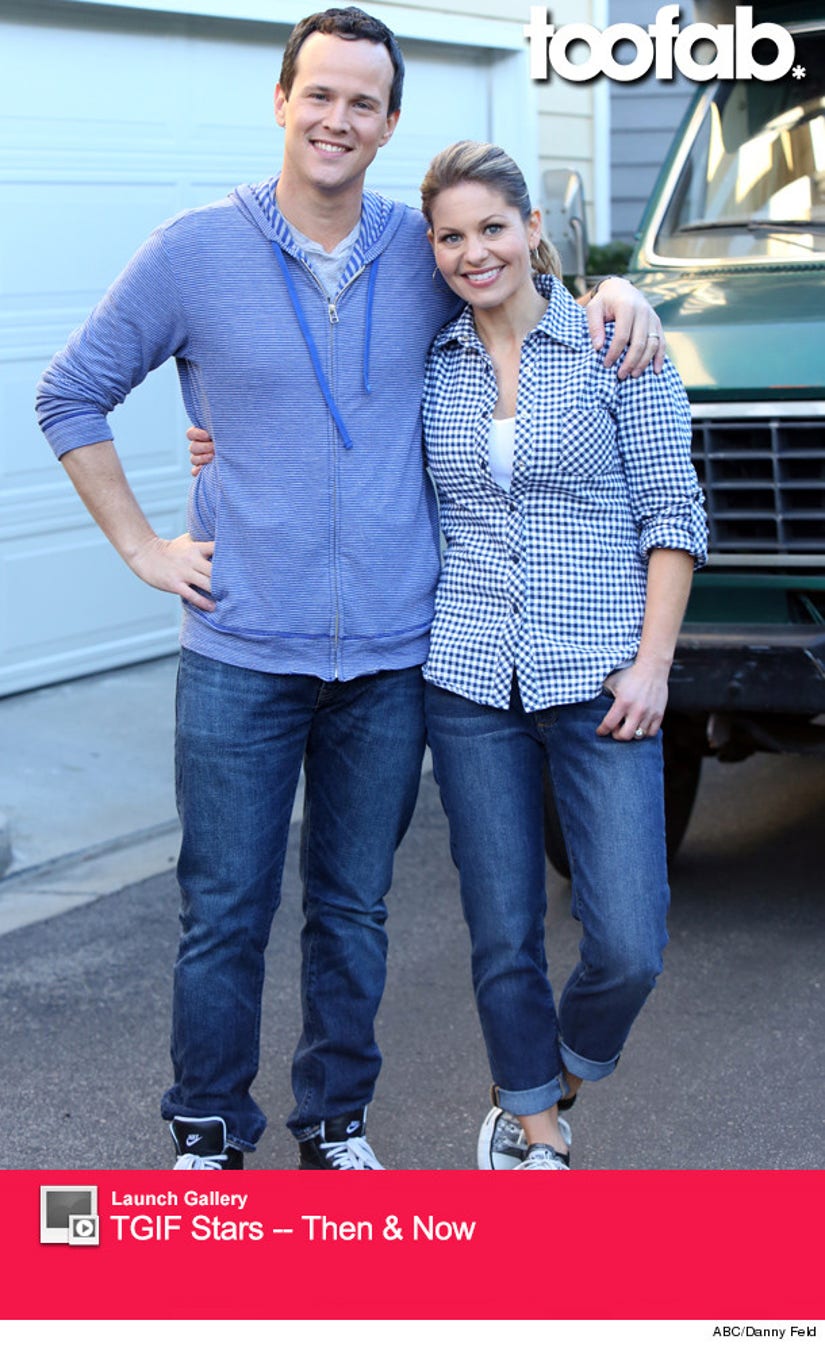 So this is what it would look like if DJ Tanner and Steve got married.

Candace Cameron-Bure and her "Full House" boyfriend Scott Weinger will play husband and wife on the season finale of "The Neighbors" -- and we've got some brand new photos of the two on set.

Their characters will play visitors to the all-alien neighborhood on the ABC sitcom, in an episode titled "There Goes the Neighbors' Hood." Their entry will air April 11. 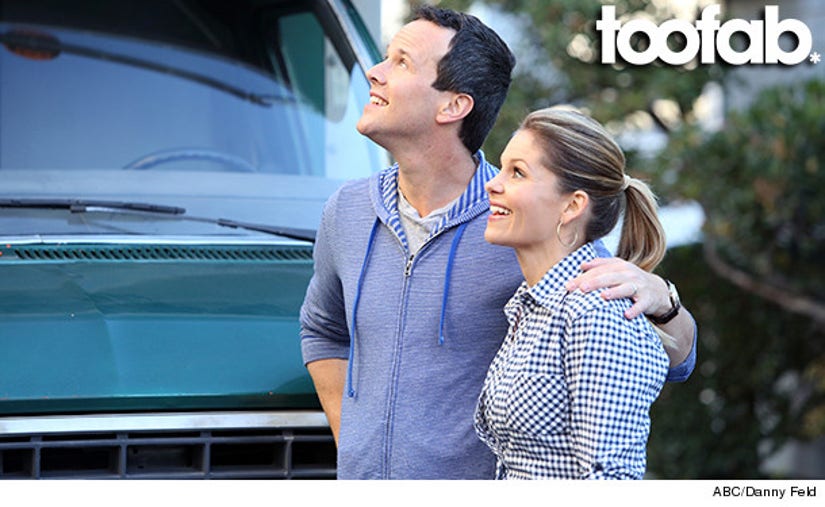 The duo famously played boyfriend and girlfriend on "Full House" from 1991-1995.

While Candace, 37, has been working steadily in front of the cameras since then (and is competing on "Dancing with the Stars" this season), Scott, 38, has been busy behind the scenes.

He has both written and produced episodes of "90210" and "Neighbors" and continues to do the voice of Aladdin in the Kingdom Hearts video games. And yes, he was the voice of the "street rat" in the 1992 film too!

Check out the gallery above to see what more of your favorite TGIF stars from shows like "Boy Meets World," "Step By Step" and "Sister, Sister" all look like today!