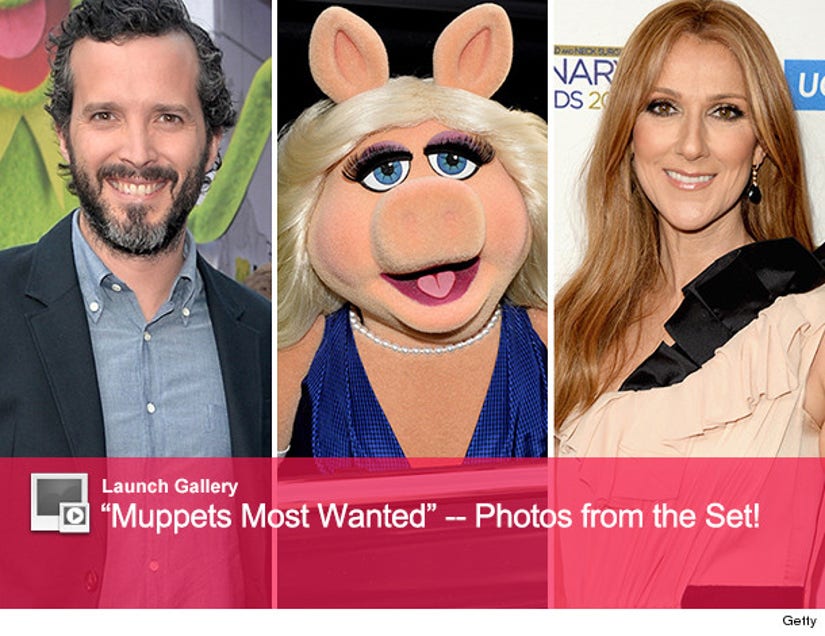 Bret McKenzie really loves what he does!

The Oscar-winning man behind the "Muppets Most Wanted" music and "Flight of the Conchords" opens up about working with Miss Piggy and Celine Dion, and shares what projects he has coming up!

In an interview with toofab's Sean Swenson, the composer says that he loved getting to work with the powerhouse vocalist in the new flick.

Dion teams up with with Miss Piggy in the comedy to sing "Something's So Right" -- and even Bret was surprised that the "My Heart Will Go On" singer signed onto the movie.

"Well, that's funny because when they first told me that Miss Piggy would sing the ballad, I was nervous because Miss Piggy's voice is great but also grating," McKenzie reveals.

While they definitely play up Miss Piggy's talent -- or lack thereof -- Bret wanted someone with some real singing ability to smooth out the sound.

"Yeah, yeah so then I suggested that we try and get someone to assist and to appear on the song to kind of help her. And Celine Dion got involved. I didn't know that she was going to do it, but it was a real heart for me to hearing something I've written sang by such a great singer," he tells us.

The composer also says the experience was one of the highlights of his career.

"It was pretty awesome," he says with a laugh. "That was one of the highlights because she can sing. I'm hoping, off the back of this, Miss Piggy and Celine Dion will do a Diva night in Vegas."

"I'm working on this musical fairy tale, but it's still in the early stages," he tells us.

"At the moment, writing it. I'm actually working with James Bobin on it. We have the script finished and I am writing some songs. We're in the early stages," he explains.

Well, we can't wait to see the dynamic duo's next project come to life! Are you excited to see the "Muppets Most Wanted"? Tell toofab in the comment section below!