Thirty years after "Footloose," Kevin Bacon still has the moves!

The actor protested "The Tonight Show's" imaginary dancing ban with a shot-by-shot recreation of his 1984 classic flick -- and it was magical.

"Rules are rules, guys. No dancing!" host Jimmy Fallon said as the audience booed. But, Bacon proved that he still dances to his own beat!

"Dancing is illegal?" he said as he watched the late night host's announcement from his dressing room. "Jump back. This is 'The Tonight Show.' There has to be dancing!"

The 55-year-old pulled out a cassette tape from his pocket, popped it into the player and ran his fingers through his hair while the song "Never" started playing.

"The Following" star puffed on a cigarette and swigged from a bottle, just as his character Ren McCormack did in the movie's warehouse scene.

Bacon even hopped back on the gymnastics bars!

The dancing continued through the hallways as the actor showed off his moves, leaving the office workers in awe.

And then Bacon, sporting a maroon suit and bow-tie, emerged to shout his line: "let's dance!"

Check out the video above to see how Fallon reacted to Bacon's dance, and click "Launch Gallery" below to see Kevin and the rest of the "Footloose" cast, then and now. 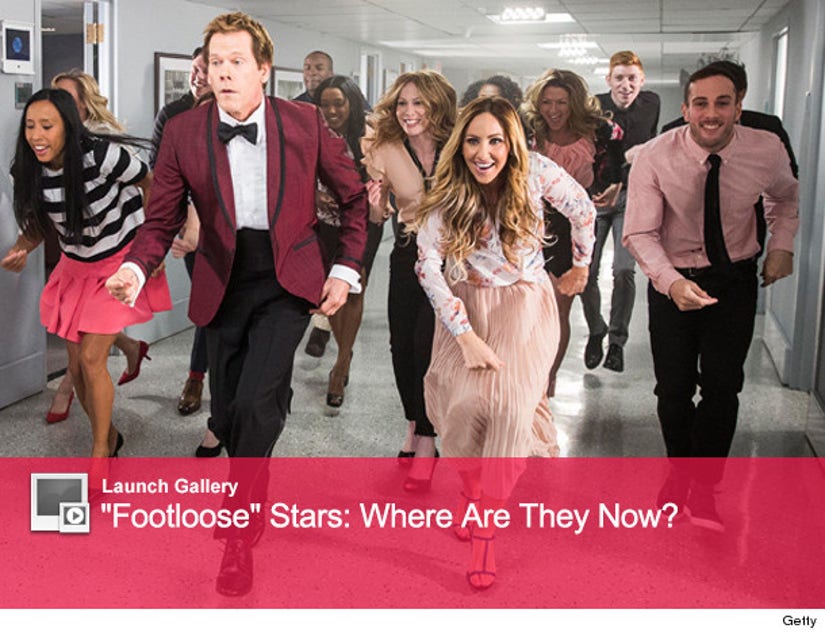