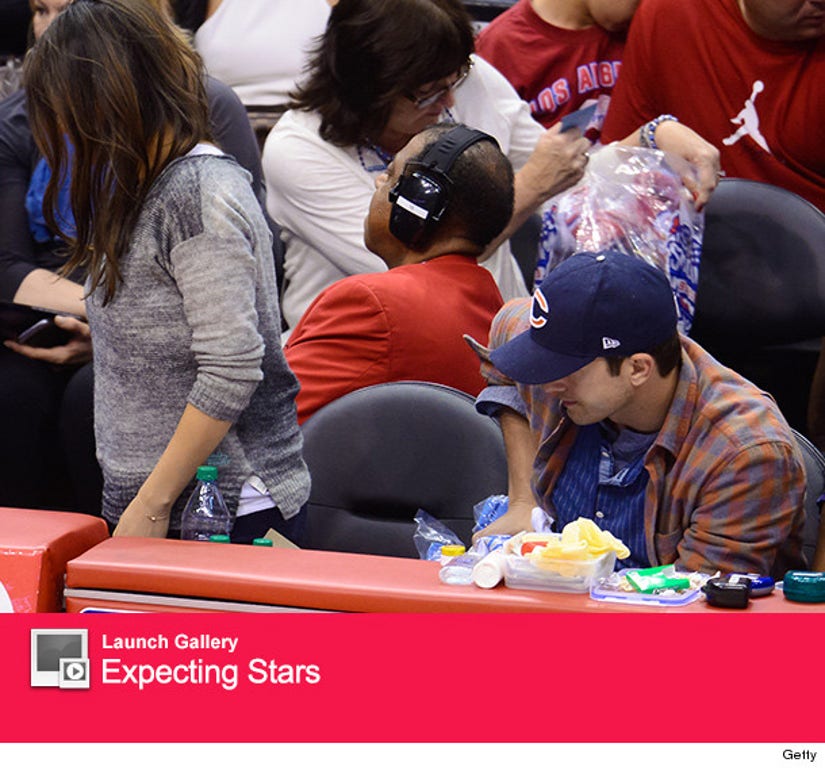 Do you see a baby bump there?

Mila Kunis is expecting her first child with fiance Ashton Kutcher, according to E! News.

The actress, who just got engaged to her "That '70s Show" costar last month, was reportedly seen going to a prenatal yoga class in Los Angeles. No other details were immediately availability.

While the couple hasn't confirmed the news yet, Mila's wardrobe has been doing the talking lately.

Just Saturday night, she hid her stomach under a very loose-fitting sweater while attending the Los Angeles Clippers game with Kutcher. And that's not the first time either -- she's been favoring baggier clothes a lot lately.

While attending the game, the two were caught on the Kiss Cam -- check out the cute video below.

Pregnancy rumors started when it was announced that Amanda Seyfried would play Mark Wahlberg's romantic interest in the upcoming sequel to "Ted" ... and not Kunis. It's possible her pregnancy didn't line up with their shooting schedule, so she backed out.

That wouldn't be the only gig affected by the baby. 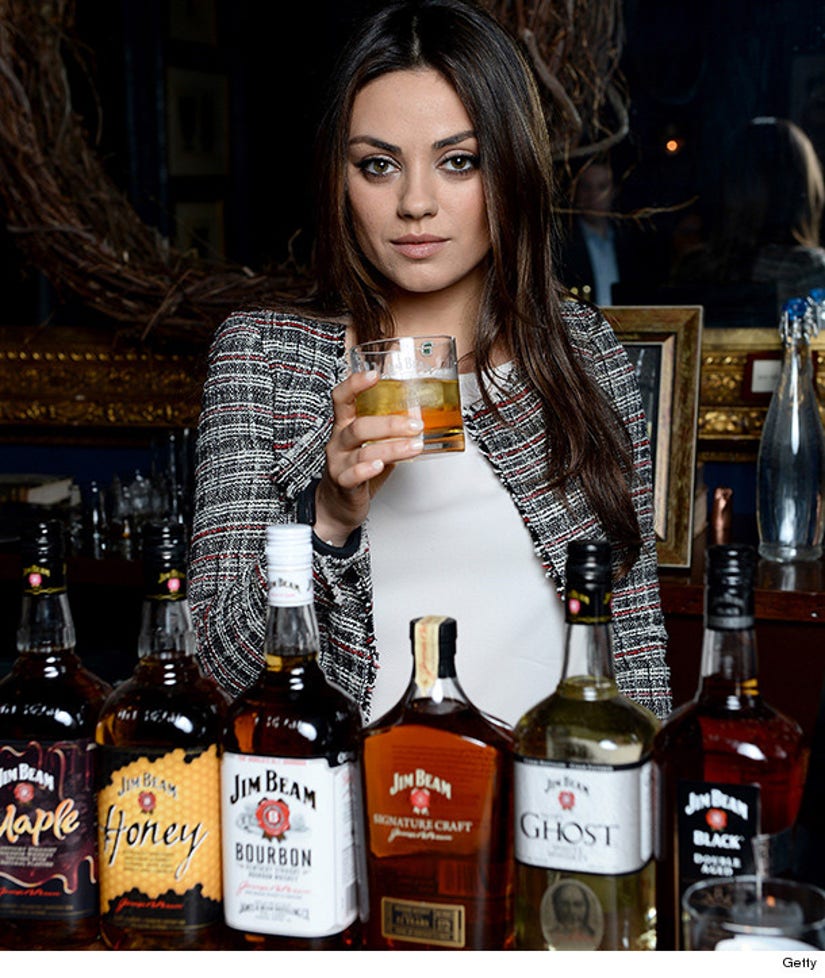 She's also the face of Jim Beam bourbon right now and even attended a cocktail party for the brand on February 19 (above). If the news is true, we have a feeling she probably won't be attending any more liquor tastings anytime soon.

Check out Mila's engagement ring below. Congrats to the happy couple! 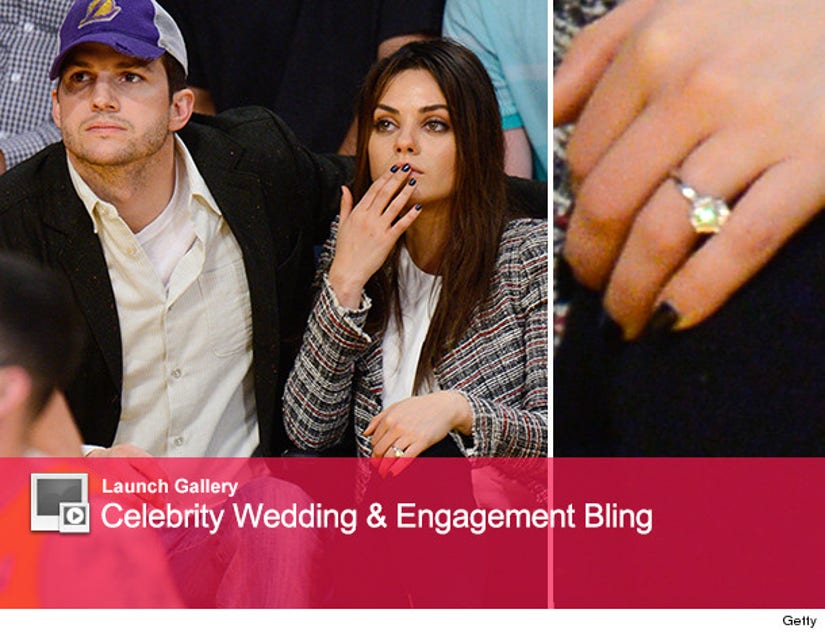