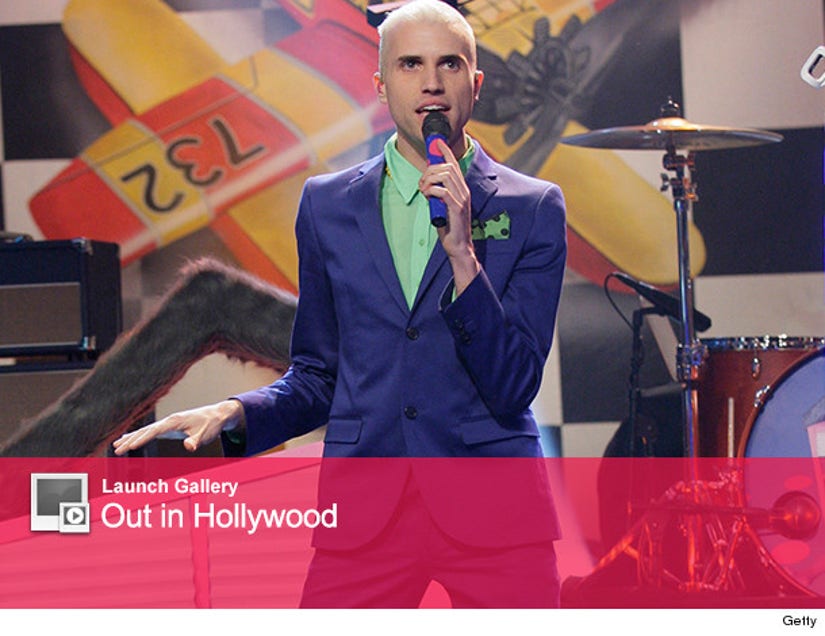 Neon Trees frontman Tyler Glenn has come out as gay.

"Yes. I am a happy and healthy Mormon gay pop star. I don't know what it all means, but I'm ok with it," he tweeted on Monday.

The 30-year-old says he's known he was gay since childhood but kept it a secret until now. In the latest issue of Rolling Stone, Glenn talks about first gay experiences, his band's reaction to his coming out and his complicated relationship with his conservative religion.

"I've always felt like I'm an open book, and yet obviously I haven't been completely," he tells the mag. "I had my crushes on guys throughout high school, but it was never an overwhelming thing until my twenties. Then I'd be dating girls and in love with my straight friend and it was the worst feeling in the world."

The singer started to tell close friends and family members his big news in October 2013, as he was finishing up writing songs for the band's upcoming third album, "Pop Psychology." He reveals that he's inspired by others in the public eye who have been coming out publically, especially athletes.

"I really love all of the sports figures that are coming out recently," he says. "I appreciated Michael Sam was like, 'I want to be able to go to the movies and hold hands with my boyfriend.' Even hearing him say 'boyfriend,' I was just like, that's cool."

Check out the full interview with Glenn at RollingStone.com ﻿on March 25.

What do you think about his candid comments? Sound off below, and click "Launch Gallery" above to see more stars who are out in Hollywood!