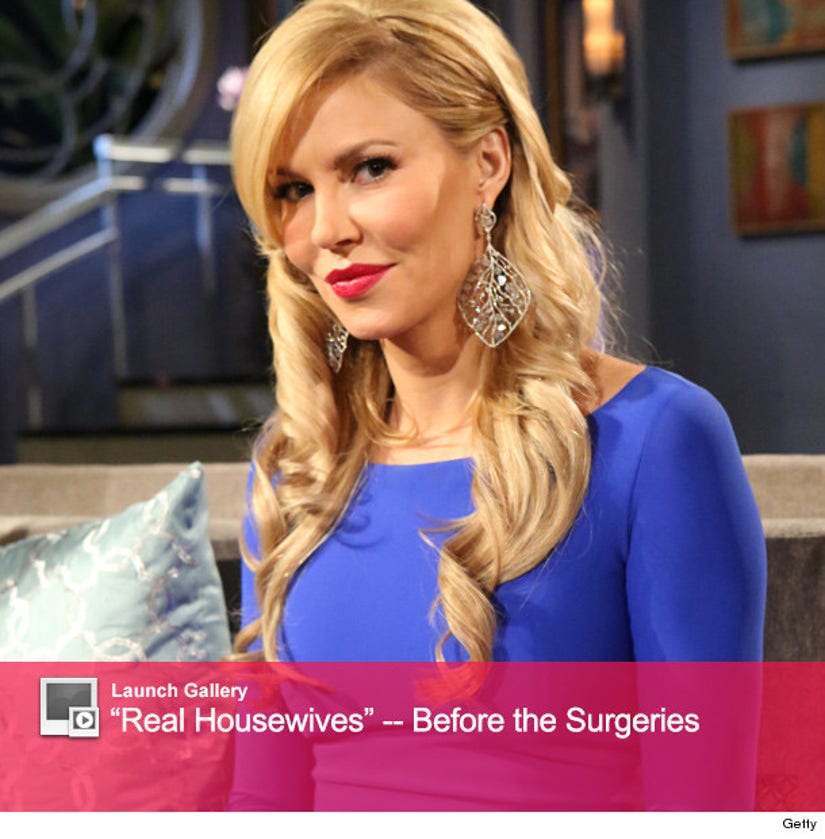 Brandi Glanville was in the hot seat last night during the "Real Housewives of Beverly Hills" reunion -- where she was grilled about her excessive drinking, her less-than-natural face and her relationship with the paparazzi.

The mother of two definitely enjoys her wine, and has had her fair share of crazy drunken antics on the Bravo reality show -- but does she think she has a problem?

"We're at social events, we're on vacations, and that's what you show on the show," Brandi says of her over-the-top moments. "Do I lean on it when I'm depressed or when we're having a good time? Yes. I'm not in the bathroom doing cocaine, I'm not in the car smoking pot. I like my wine, that is what it is."

Both Kyle Richards and Joyce Giraud said she can definitely take it too far sometimes -- with the latter saying Brandi should get help.

Brandi and Joyce also fought over the paparazzi, with each accusing the other of calling them to get attention -- watch the clip below:

On a lighter note, Andy Cohen also read a fan question asking about the Housewives' flawless skin -- telling them to reveal if they've had any work done on their faces.

Kyle admitted to using Botox, while Brandi was open about her use of fillers, admitting that she's "overdone it" in the past.

Then it got kind of awkward, as Andy accused Glanville of looking "different" to him, insinuating she's maybe had a little too much done.

"Your cheeks are getting bigger every time I see you," he said.

What do you think, should Brandi cool it on the cosmetic procedures? Sound off below!