Jeff Timmons is proud of his boy band past!

The 98 Degrees singer stops by Wednesday's "Bethenny" where he reveals why the guys went with the temperature label for their group name and talks about the guys' infamous tattoos.

Check out the clip above to find out why Nick Lachey decided to have his 98 Degrees ink covered up.

While we'd have to say the tatts are probably not the coolest thing anymore, we gotta give props to Jeff for embracing his '90s past!

These days, Jeff is working on a reality show called "Men of the Strip," chronicling his own group of male strippers who will make their debut at the House of Blues in Las Vegas this weekend.

We'll be sure to bring you photos from their opening night on Monday!

For now, see more inked up dudes below: 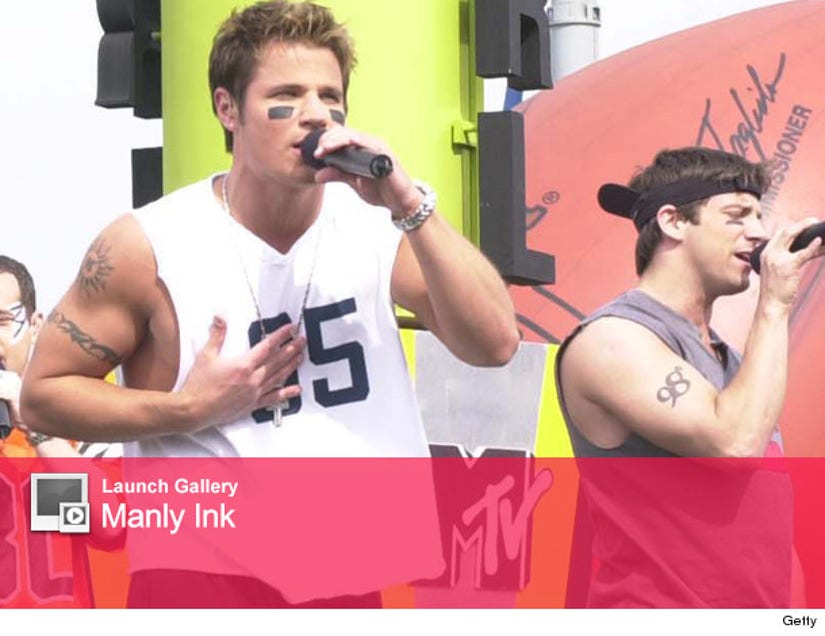