"Growing Pains" star Jeremy Miller was definitely a popular face in Bop and Tiger Beat back in the day -- and last night, he reappeared in public for the first time in forever.

The actor, now 37, popped up on "Dancing with the Stars" on Monday to show his support for Danica McKellar and Candace Cameron ... both of whom he used to date back in the day.

Their shared ex and pasts as former child stars have fueled a rivalry between the two on the ABC reality show, one heightened by the fact that Candace plans to stay conservative with her costumes while Danica is ready to show some serious sex appeal.

Check out the video above to see what Jeremy looks like now -- plus, see who he's rooting for to win it this year! 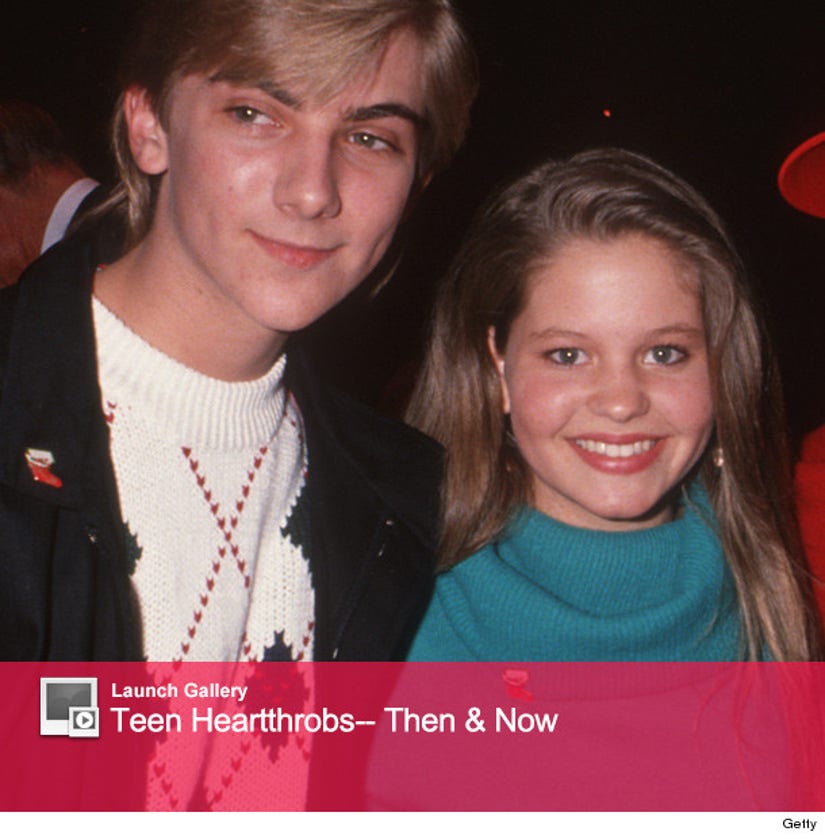 Both Candace and Danica are off to a good start this season.

The "Full House" star scored a 21/30 for her rumba with Mark Ballas last night. And, while it wasn't the highest score of the evening, they're definitely safe for now. Plus, she looked hot ... and we're super jealous of her hair, it looks amazing!

After her dance, she spoke a little about her decision to keep it conservative, telling the audience "I am a sexual woman but I want to reserve certain things for my husband."

Danica really drove home the sexy for her routine with Val Chmerkovskiy -- and she ended up getting a 24/30, the second highest score of the night.

With her abs in full view while she did splits, spins and some hot hip thrusts, the "Wonder Years" star clearly has no problem playing up her sexuality.

Big Time Rush singer James Maslow played up the eye candy too, exposing his abs while doing a sizzling routine with Peta Murgatroyd. His chiseled physique got him inducted into Carrie Ann Inaba's "Sexy Hall of Fame."

Sadly, it was the end of the line for both Sean Avery and Diana Nyad, who were eliminated.

Keep reading to see all the scores from last night's dances.