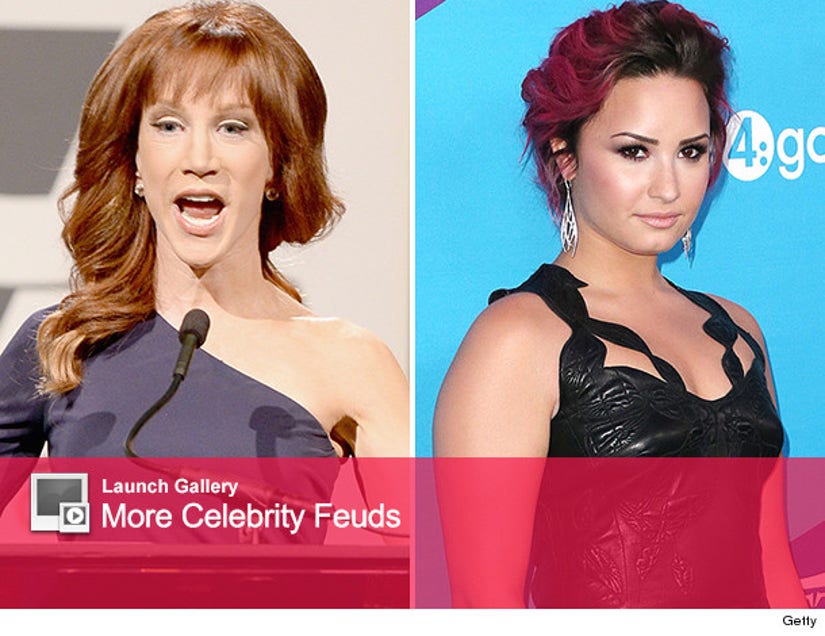 The gloves are off! 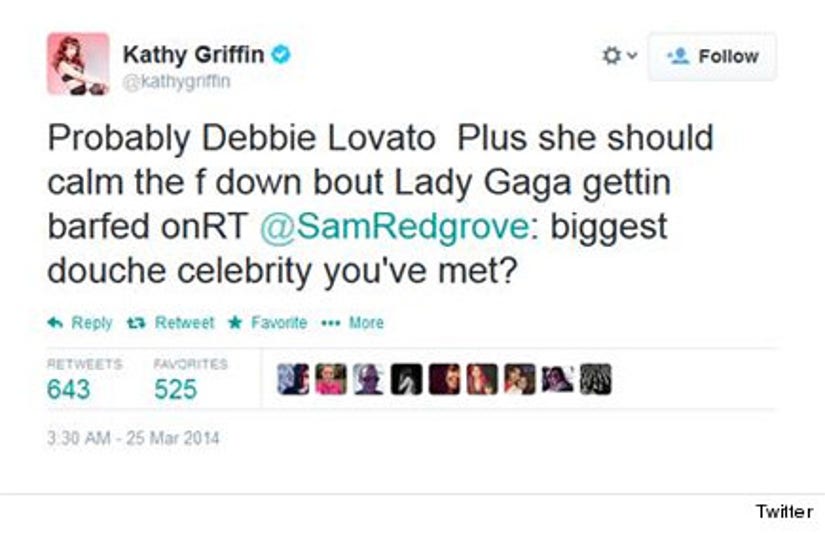 Lovato openly criticized Lady Gaga for having artist Millie Brown vomit on her during a performance at South by Southwest. The former "X Factor" judge said she believed the Mother Monster was glamorizing eating disorders, but Gaga claimed it was just performance art.

Demi fired back at Kathy's mean tweet and then quickly deleted it. 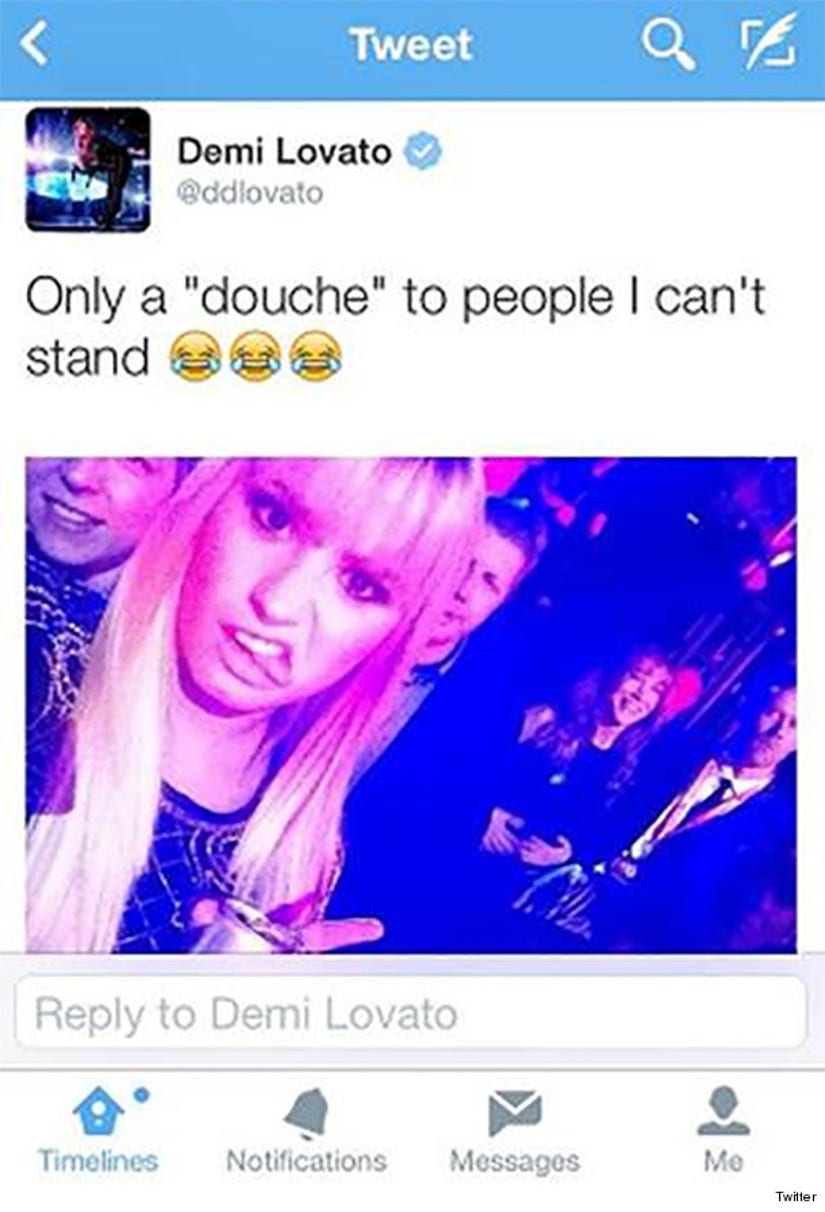 While Demi deleted her tweet right away, Kathy's original message vanished from Twitter too -- but the comedian says she didn't pull it.

"FYI I did NOT delete my incredibly innocuous tweet re @ddlovato. Apologies 2 twitter if the #lovatics death threats violate code of conduct," the funny woman wrote on Tuesday.

The 53-year-old re-tweeted several nasty messages she received from Demi's fans on the social media site -- and added some snarky comments of her own. 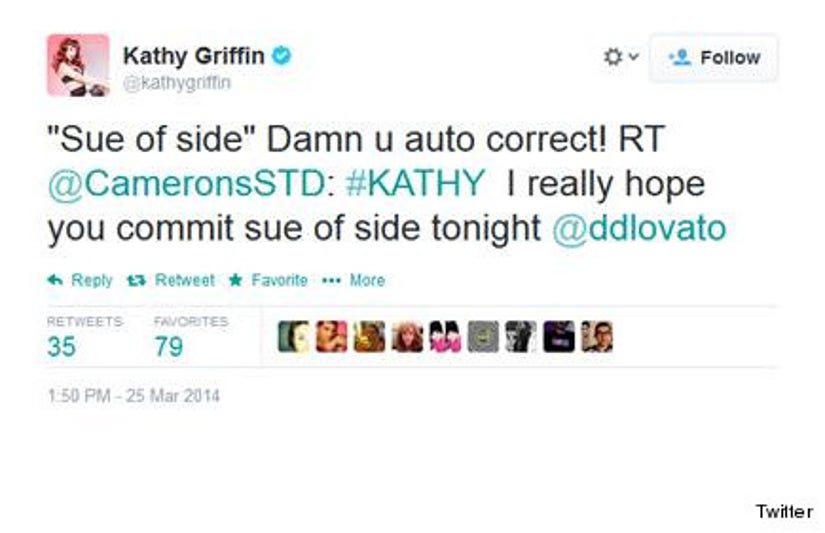 It seems like this feud is just getting started!

What do you think of Kathy and Demi's twitter fight? Tell toofab in the comment section below, and click "Launch Galley" above to see more celebrity feuds!