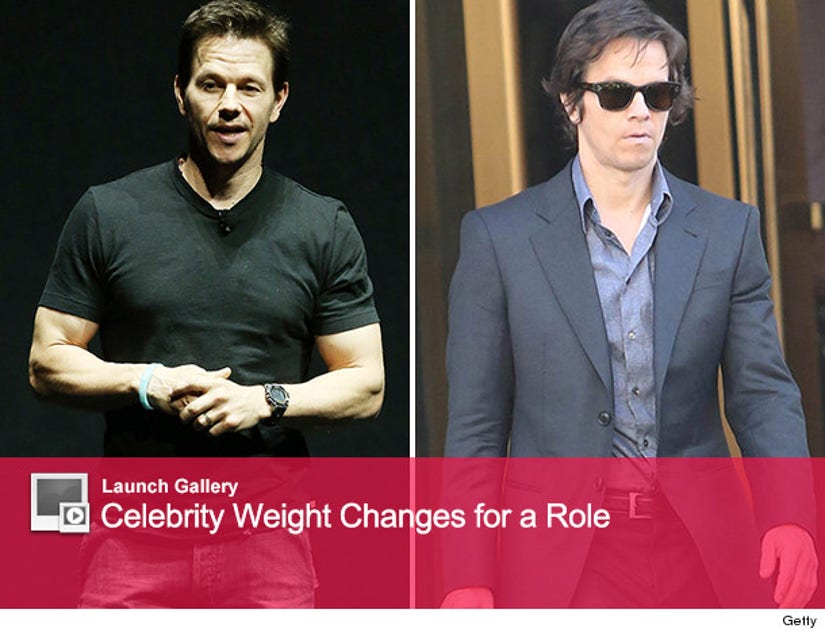 Mark Wahlberg's almost back to his old self!

The actor debuted his buff bod at CinemaCon in Las Vegas on Monday while promoting "Transformers: Age of Extinction."

Mark dropped down to just 137 lbs for his role in "The Gambler," appearing scarcely thin back in February (right) -- but, he's looking back to normal now!

The 42-year-old shed 60 pounds for the part of Jim Bennett, a literary professor with a gambling problem -- but now he's just about back to his normal weight, and up to 176 lbs.

Wahlberg admitted he still has some work to do, though. But the good news is, he's a huge fan of food. "I want a little bit more," he said. "I like to walk around at 190 … I like to eat though."

Nevertheless, the father-of-four said he's excited to show his kids the new "Transformers" flick. Watch the new trailer below:

"I haven't really done anything that was kid friendly." he told the site. "That's not the only reason. I don't make decisions that way. It was really the best of both worlds, because it was something they'd be interested in and something I hadn't done before."

Well, we're definitely looking forward to seeing the buff star in action -- how do you think Mark looks?