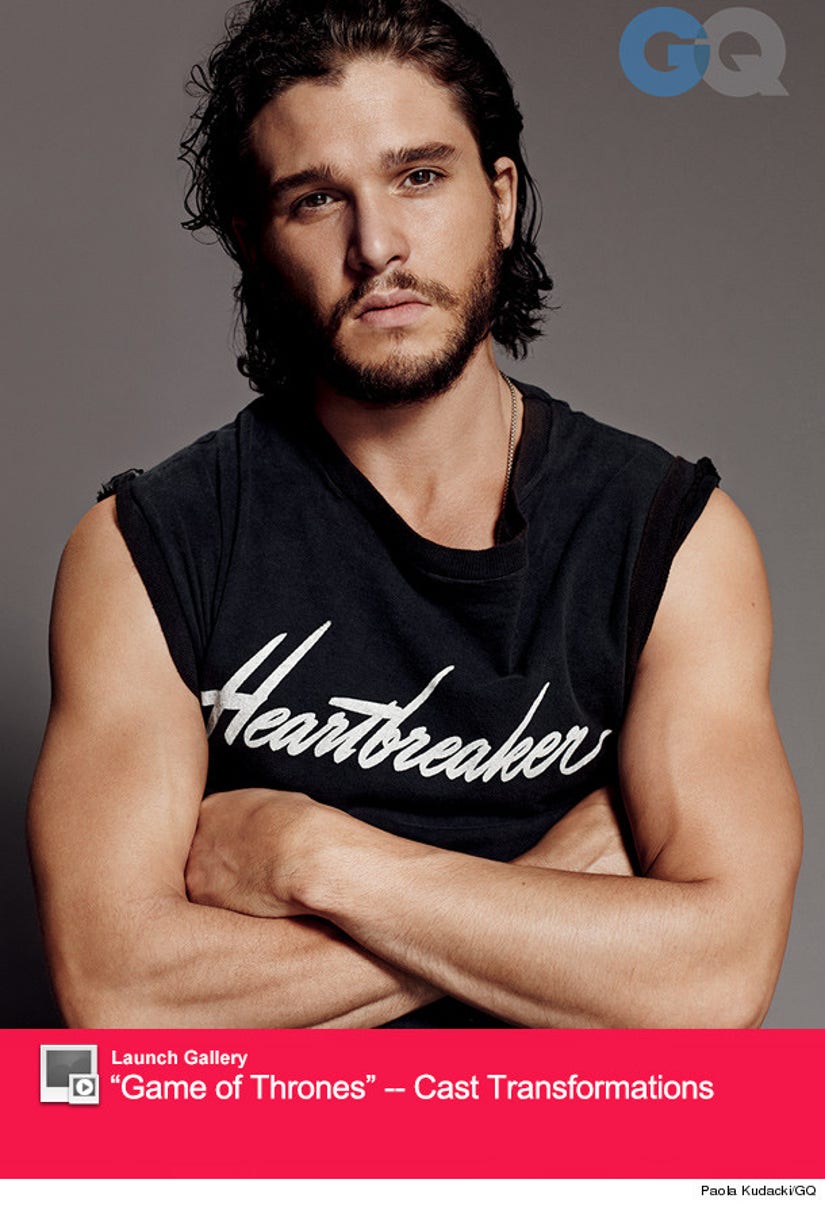 So that's what Kit Harington's been hiding under all those Night's Watch layers!

The "Game of Thrones" star shows off his tickets to the gun show in the new issue of GQ, where he also opens up about going nude on the HBO series, his "greasy" hair and the show's upcoming fourth season.

While he showed some skin in "Pompeii" earlier this year, fans may be surprised to know they haven't seen as much of him on the show as they think.

His character Jon Snow lost his virginity last season, following up his big sex scene with some skinny-dipping. And though we got a glimpse of Jon's rear-end as he jumped into the rock pool, it wasn't Kit's!

"When it came down to it I had a broken ankle, so the only time you saw my ass, it wasn't my ass," he tells the mag. 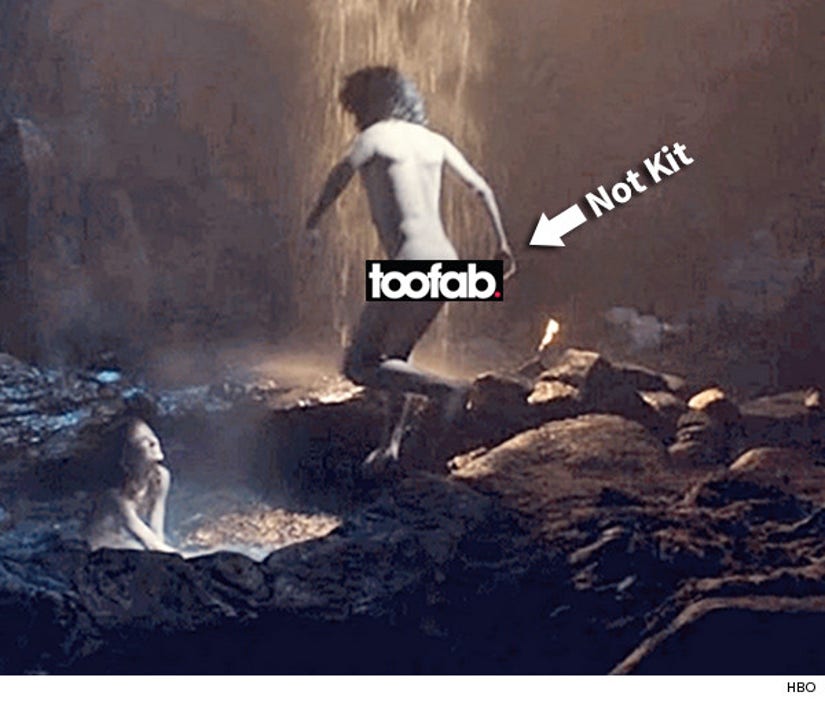 But he's not opposed to going naked in the future either -- adding, "It's only right, if you're going to make a show where nudity and sex is a large part of it, that you be a part of that."

One aspect of his costume he does have a slight problem with is his hair, which he's contracted to keep grown-out long.

"It does keep you restricted. I can't go off and play a U.S. Marine," he says. "I like it to look greasy and medieval, so it gets very tangled. By the end it's pretty horrible."

As for the new season, Harington says it's going to be a violent one.

"It's getting worse," he tells the magazine. "What I wonder is how people can deal with something going dark and dark and darker. Being unrelenting in how pessimistic things are. They really push it."

We'll see how far they go when the new season premiere April 6. 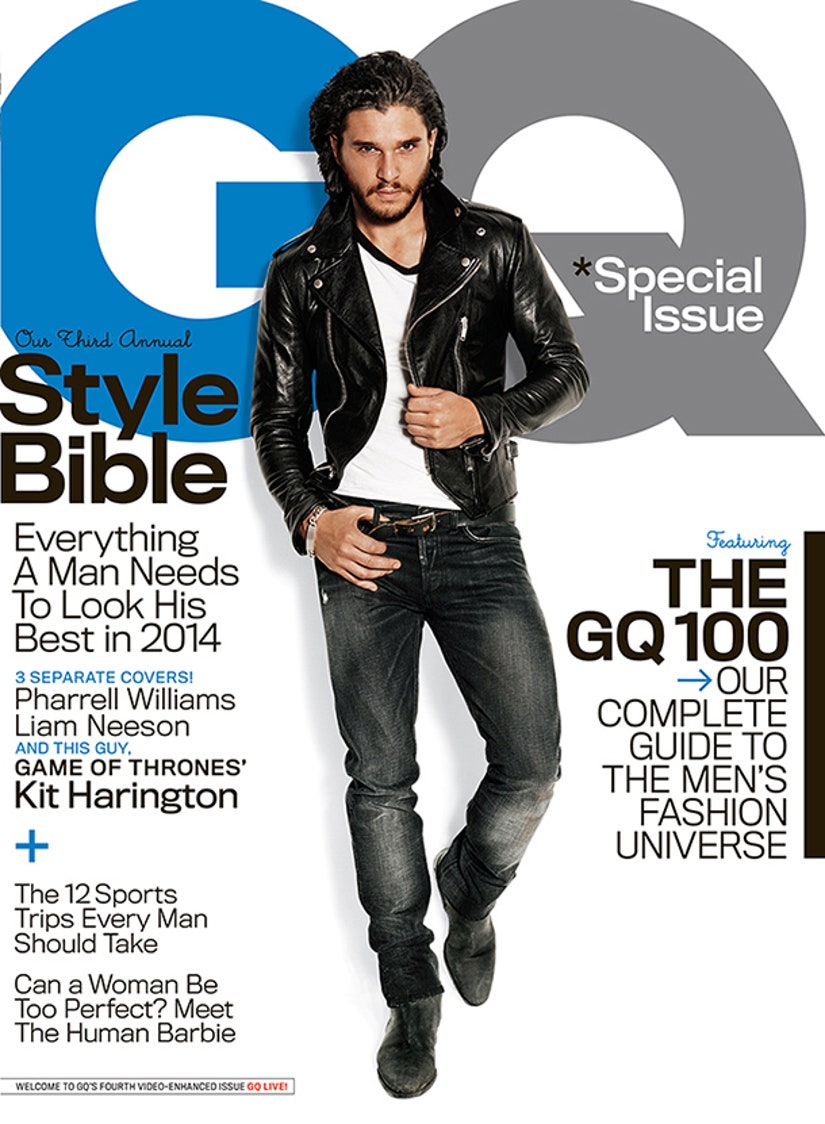