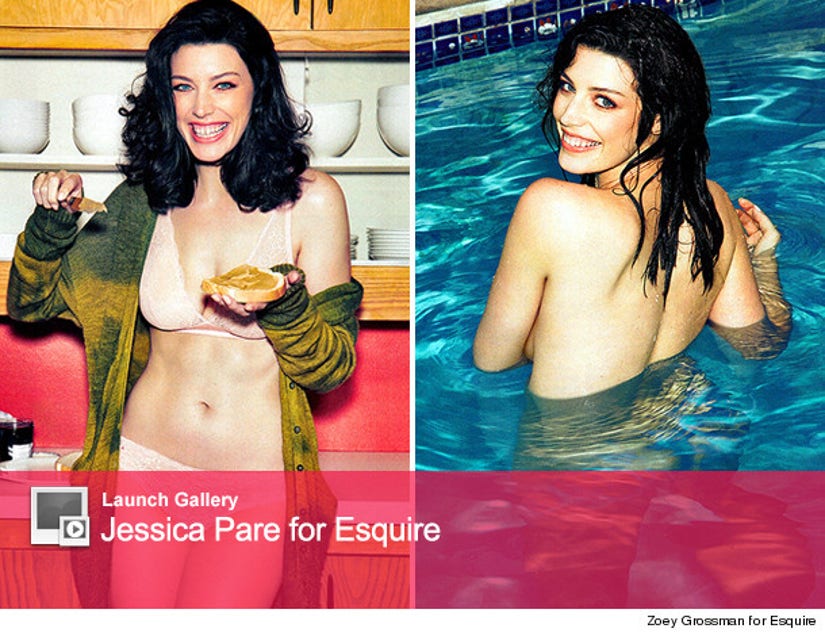 Megan Draper is showing off her sexy side!

The Canadian actress reveals to the magazine that she "was ready to move back to my parents' place, ready to get a job at my friend's bar back home and just pack it in," before auditioning for the life-changing role.

She applied for a green card to try and fix the problem, but "what was supposed to take three months took nine. I couldn't work or travel, and any momentum that I had gained from Jack & Bobby just dissipated," she admitted.

"I had nothing left to lose. I went into the audition thinking, This is it. If you don't like it, that's fine. Nobody else has," the 33-year-old explains.

The brunette beauty landed the part, and her character went from having a four-episode arc to becoming Mrs. Don Draper and a series regular.

She wowed the audience with her sultry rendition of "Zou Bisou Bisou" during Season 5, not to mention that unforgettable scene of Megan cleaning the apartment in her underwear!

Jessica certainly hasn't been shy about flaunting her body on "Mad Men," and why would she be?

To read Jessica's full interview, check out the latest issue of Esquire, on stands now, and click "Launch Gallery" above to see more sexy shots from the cover shoot!