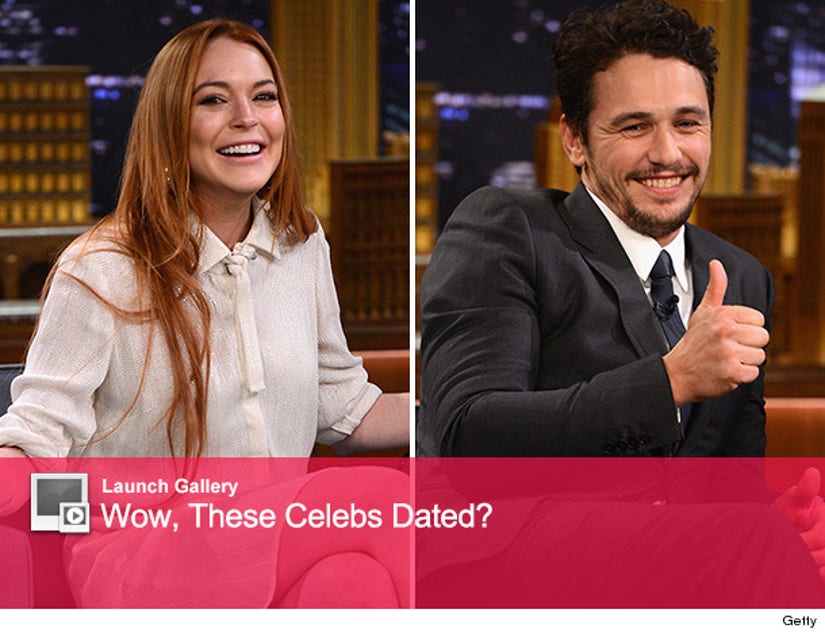 While the actress herself hasn't copped to writing it, a list has been making the rounds with the names of the men in Hollywood she's allegedly hooked up with.

And James was one of them.

In a new interview with Los Angeles Magazine, the actor briefly mentions LiLo while discussing his book of poetry -- which includes a few pieces about her.

When asked if he has heard anything from any stars he wrote about, he brings up "the list."

"I didn't write anything bad about them," he says. "And Lindsay herself has told lies about me with her people-she's-slept-with list! So I feel like what I said is much less than what she's said."

In the past, Franco has talked about turning her down, opening up about it on Howard Stern.

"Oh, gosh. Poor Lindsay," said James. "I haven't talked to her in a while, we were friends."

Stern pressed on, asking "And you turned her down sexually?"

"I mean, I don't want to brag about it," Franco said. "I don't know how that got out. She was having issues even then, so you feel weird. Honestly, she was a friend. I've met a lot of people that are troubled and sometimes you don't want to do that."