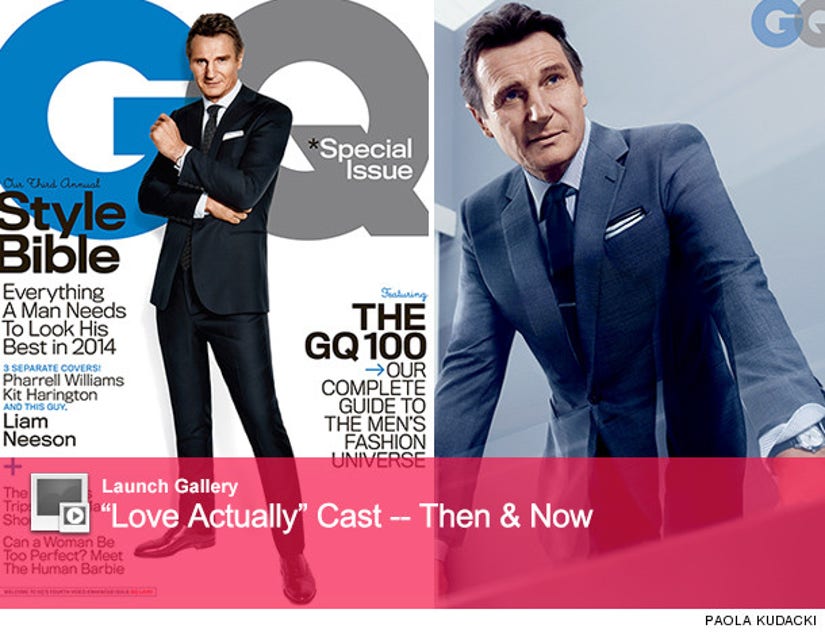 The actor covers the April issue of GQ magazine, where he opens up about Woody Allen's family scandal, how he's been doing since tragically losing his wife Natasha Richardson in 2009 and raising their children.

The "Taken" star is good friends with Woody's ex-wife Mia Farrow, and was actually working with the director the day Allen found out Mia had discovered some inappropriate pictures of his then-adopted daughter/now-wife.

While he loves Allen as a director, there was one moment on set that Liam will never forget. Warning: Some explicit language ahead.

"There's a scene where I'm going down on Judy Davis, right. Judy and I are in bed -- obviously covered up -- and as I'm going down, Judy's having this monologue in her head. And the crew are all ready, and we're waiting for Woody. No-show. It's starting to get a bit uncomfortable -- it's a bed scene," he says.

"Anyway, he came out after about twenty minutes and said, 'Okay. Camera starts on Judy. Liam, I want to just see the top of your head. Okay, we know where you're going.…' So there was no apology; nothing. What happened: His lawyer had gotten in touch with him to say Ms. Farrow has found naked photographs of her adopted daughter [Soon-Yi]," he explains. 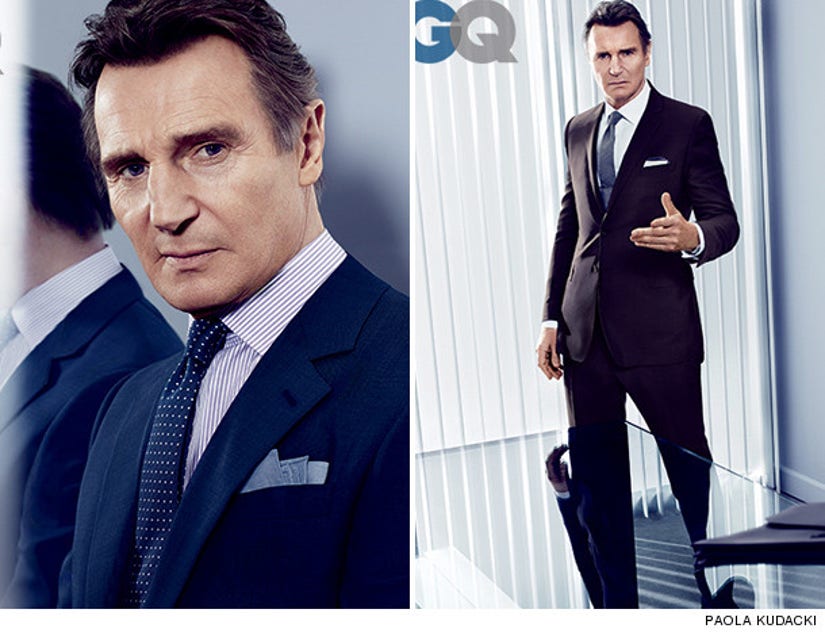 Neeson and his wife Natasha became fast friends with Mia while Richardson and Farrow were working on a film in Ireland. "She's lovely," he says of the actress.

"There are certain pillars of wisdom she'd stick to and never veer from. It was quite a beautiful thing about what it is to love someone, respect them, be with them through thick and thin. It was fantastic," he says of the time he and Farrow discussed his marriage plans with Natasha.

The "Non-Stop" actor tragically lost his wife after a skiing accident in 2009, and he's been raising his sons as a single father ever since.

"It's just still a day-to-day thing, you know? My boys are teenagers. They're experimenting. They're flexing muscles and sometimes dangerous avenues, and you think, 'F-ck. If Tasha was here, someone could share this.' But yeah, we're doing all right, you know?," he explains. 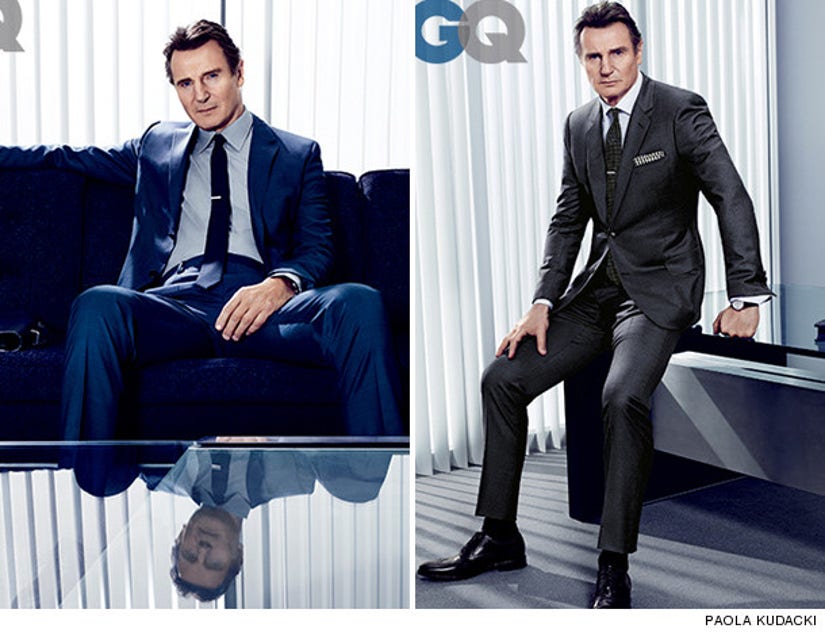 But no matter what, the action star says he'll always be there to support his kids -- and so far, he's proud of the men they are becoming.

"I think they do know that I'll always be there, no matter what happens. But the thing Tasha and I really wanted to instill in them was manners," he tell the mag. "It makes me proud. And it can get you through a lot, in a way. Just showing respect for your fellow man."

Liam's not dating yet, either.

"I'm keeping myself to myself. And I like it that way. I'm not hunting. I'm the opposite of a—what would a male cougar be? Is there such a thing? Whatever it is, I'm not that," he says.

Make sure to check out www.gq.com for Liam's full interview with the mag!