Stop us if you've heard this one before.

Megan Fox, Michael Bay and a CGI-enhanced reboot of a beloved '80s cartoon will be hitting theaters this summer. No, it's not another "Transformers" movie (though that's happening too) -- this time they're teaming up for "Teenage Mutant Ninja Turtles."

The first trailer for the flick made its big premiere on "Today" early Thursday, and it's definitely a departure from the "Cowabunga"-screaming green guys we grew up with back in the day.

Using motion capture instead of rubber suits, these mutated reptiles have an entirely new look and a very different backstory. 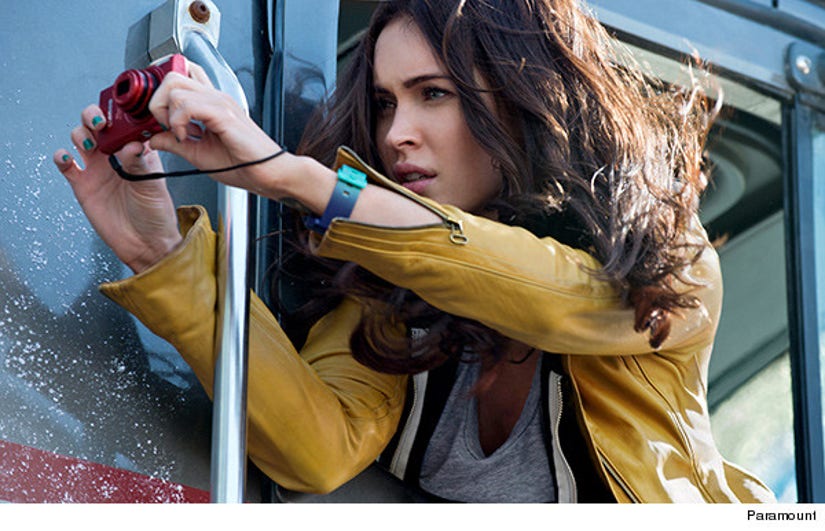 Judging from the trailer, April O'Neil's (Megan Fox) father and a pre-transformation Shredder "created" the superheroes to fight crime by somehow using the ooze in a more scientific way. It's unclear how William Fichtner's character turns to the dark side, but we do get a good look at his infamous suit.

There are still elements of comedy in the sneak peek, as we see Leonardo fling Donatello into an armored truck while yelling "Batter up!"

Michelangelo is also seen removing his mask, giving us a great look at the guys without their "disguises."

Check out the video above. What do you think? The movie hits theaters August 8, 2014.

And, if you're still feeling nostalgic, check out the trailer for "Transformers: Age of Extinction" below!